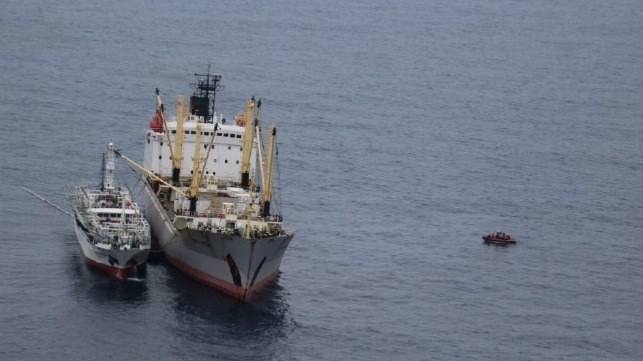 The crew of U.S. Coast Guard Cutter Mellon, including two Canadian fishery officers, returned to Seattle on Sunday after an 80-day patrol detecting and deterring illegal, unreported, and unregulated (IUU) fishing activity in the Pacific Ocean. The patrol was performed under the auspices of the Western and Central Pacific Fisheries Commission and the North Pacific Fisheries Commission.

Economists estimate that IUU fishing costs the international economy billions of dollars per year. By diminishing stocks, it undermines the livelihoods of legitimate fishermen around the world, with negative effects on food security in developing nations. According to the U.S. Coast Guard, combatting global IUU fishing through international partnerships is a priority for Canada and the United States.

in, but not the win Iker Martinez and Xabi Fernandez on Mapfre finish a terrific second in the BWR, but no doubt one place short of their goal… Photo thanks to Maria Muiña.