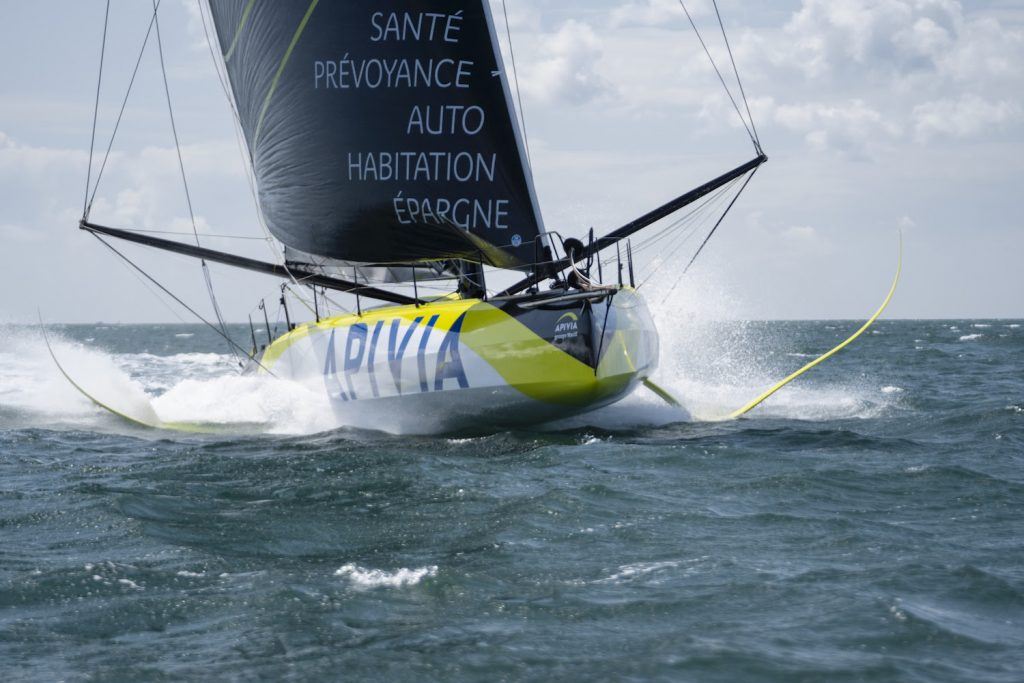 Over the past month and a half, on average one brand new IMOCA was launched each week. In chronological order, Sébastien Simon’s Arkea-Paprec on 20th July; Alex Thomson’s Hugo Boss on 4th August; Charlie Dalin’s Apivia on 5th August and Kojiro Shiraishi’s DMG Mori on 2nd September. On Saturday 7th September, it will be Thomas Ruyant’s turn to unveil his new Advens for cybersecurity. Two other brand new IMOCAs are also currently being built, Corum l’Epargne for Nicolas Troussel and L’Occitane for Armel Tripon.