don’t get high off your own supply 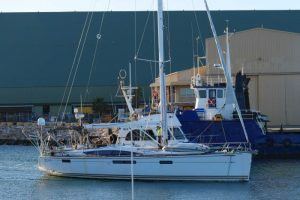 Two foreign nationals have appeared in court on charges of attempting to smuggle more than a tonne of cocaine and ecstasy into Western Australia after their yacht hit a reef and ran aground in the Abrolhos Islands off the Mid West coast.

Police said the drugs, totaling more than 1,000 kilograms, were found packed in 40 bags, and had an estimated street value of more than $1 billion.

It is alleged the men — a 51-year-old French national and a 34-year-old English man —were sailing on the yacht when it ran aground on a reef near Burton Island, in the Pelsaert Group, on Monday.

A sea and air search was launched after the abandoned yacht was found, and the men were discovered allegedly hiding on a nearby island with the drugs concealed in another smaller vessel.

WA Police Commissioner Chris Dawson said the men had tried to hide the bags containing the drugs by covering them with seaweed. Jump in thread here.

Title inspiration thanks to NWA.