how many lipton cup’s are there? 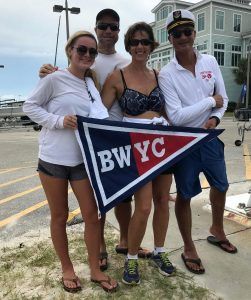 The 99th Sir Thomas Lipton Challenge Cup was sailed at Gulfport Yacht Club August 31 in a breeze and September 1 in light air.  Fresh off their win at the Viper Worlds and North Americans, the team of Marcus Eagin, Andrew Eagin and Jackson Benvenutti joined their home team at the Bay Waveland Yacht Club to propel the Bay to 3 bullets and a second to win the 4 race series sailed in Viper 640s.  The skilled teams from Southern Yacht Club and Pass Christian YC placed second and third.  Marcus Eagin skippered the first race win, with world class Sunfish sailor & current Commodore Eugene Schmitt pulling the second place finish in the second race Saturday.

Connor Fanberg became the youngest skipper in 99 years of Lipton Cup history: the 11 year old, who was sailing Optis a year ago, dug deep after a boxed-in start to claw back into second after the first beat by finding clear air and tacking up the middle of the course.  Connor went on to win his race with the able assistance of crew Andrew Eagin and Jackson Benvenutti.  The fourth race saw Connors’ parents, Zak and Sarah Fanberg, former All-American Sailors at College of Charlestown, joined by crew Rives Allen, to claw back 4 positions with light air downwind speed to win both the race and the regatta for Bay Waveland.

Americas Cup – the Foil-Cant-System is ready