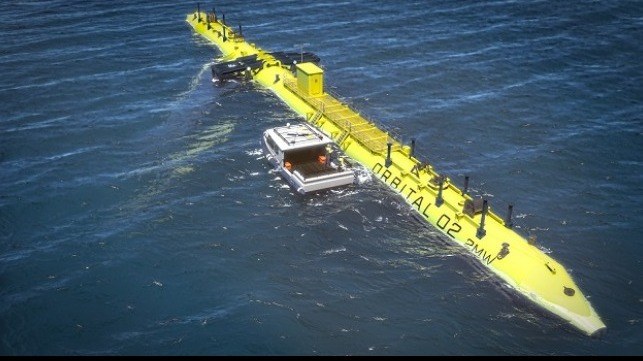 The Scottish Government has awarded £3.4 million ($4.1 million) in funding to help build the world’s most powerful floating tidal turbine.

The funding will be used to deliver a O2 2MW Floating Tidal Energy Turbine, capable of powering more than 1,700 homes per year. The 72-meter (236-foot) O2, capable of generating more than 2MW from tidal stream resources, will be built in Scotland and installed at the European Marine Energy Centre (EMEC) in Orkney.