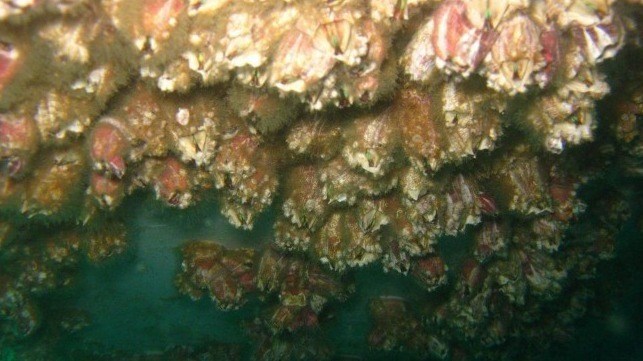 The U.S. Naval Research Laboratory has achieved an important milestone towards understanding one of the most persistent species of marine biofouling: the barnacle.

Barnacles may not seem complex, but scientists have never been able to fully characterize the tough glue that sticks these small organisms to the hull of a ship. Some of the proteins in barnacle glue can be dissolved in solvents and analyzed, but some cannot – at least until this point.

Scientists at the U.S. Naval Research Laboratory have now found a way to dissolve all of the glue and process multiple samples at the same time, allowing them to characterize twice as many glue proteins as in previous studies.  Read on.

it just goes and goes and…