you can hear it 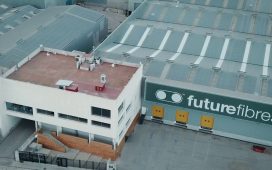 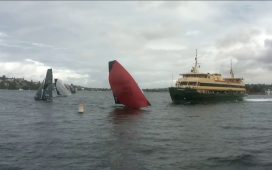 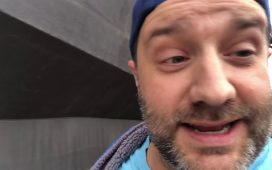 The morning dawned with a gentle east to southeast wind across the lake, the spectacular Chicago waterfront framed in puffy, white, dark underbelly clouds slowly moving off to the east/ southeast.?? By the time the teams were ready to race at 1100 hrs, the wind had increased from 6-8 kts to 8-13 kts from 85 to 110 degrees.

The first race saw the fleet take off in a moderate breeze with a breeze favoring the right hand side of the fleet with a breeze in the 90 to 95 degrees range. However, halfway up the race track, a huge left-hand shift came in with pressure in the 75 degree range, dramatically changing the leaderboard for that first race. Deep in the left corner was Marty Roesch’s VELOCITY, handily winning the race with Kevin Saedi & Raman Yousefi’s MOMENTUS taking second and regatta leader Andrew & Sedgwick Ward’s BRAVO taking third place.

If the first race was not upsetting enough for the top of the leaderboard, the second race proved to be even more dramatic. After leading the fleet around the first windward mark, Jeff Davis’s SHAMROCK flew into the leeward gate in first place. But, as they rounded the leeward gate, the Australian JOUST team skippered by Rod Warren miscalculated their turn and smashed the port quarter of Davis’ SHAMROCK. While not sinking, SHAMROCK’s skipper was thrown across the cockpit and endured severe damage to the left side of his face.

Instead of winning the race, the SHAMROCK team endured significant shock and, concerned for their skipper, persevered to finish the race. Winning that race was the KASHMIR team of Mike Mayer and Steve Hendrickson, second was Rich Witzel’s ROWDY, and third was Marty Roesch’s VELOCITY.

The third race was stretched from the first two races of 1.4nm legs to 1.6nm legs. It was again at four-legged race. The wind had shifted even further left into the 50 to 65 deg. wind range and with winds ranging from 9 to 17 kts??? a classic northeaster on Lake Michigan.?? Sailing a solid race from start to finish was Rod Warren???s JOUST crew, winning the race, followed by Peter Wagner’s SKELETON KEY in second place and Jorg Sigg’s Swiss crew on Lallekonig in third.

As a result of the three Thursday races, tied on 32 points each leading the regatta is Marty Roesch’s VELOCITY and Peter Wagner’s SKELETON KEY. Tied on 37 pts each for third is Ruhlman’s SPACEMAN SPIFF and the Ward’s BRAVO.

The finale on Friday will be full of drama between these four extremely talented teams!

down with the sickness