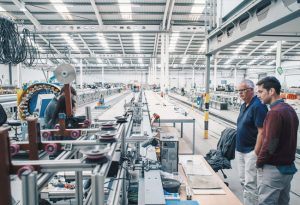 Size matters… at least it does when you are in the business of manufacturing and servicing hightech rigging for a large percentage of the of the world’s grand prix race boats and superyachts. That’s why, after facing increased demand yearon- year from new and existing clients, Future Fibres – a part of the North Technology Group since 2015 – have upgraded their service function to a much larger new facility.

At 60,000 square feet the new premises located on the outskirts of Valencia, Spain is three times the size of the company’s previous service centre in the city’s 2007 America’s Cup village.

According to Future Fibres’ new general manager James Austin, the move to the bigger building was driven primarily by the company’s sales success in the grand prix and superyacht markets, increasing demand for highly proficient service work, and the need to expand its research and development capability. Read on.