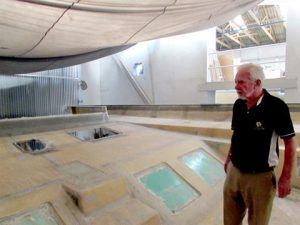 Lethbridge, 76, was at home with his wife and housekeeper when they were attacked by two armed men who tied them up and ransacked the house.

Lethbridge and his wife were assaulted during the attack, police told the Eastern Province Heraldnewspaper. The attackers also used sellotape to cover the victims’ mouths, the newspaper reported. Read on, courtesy of IBI News.

they tell you what do to