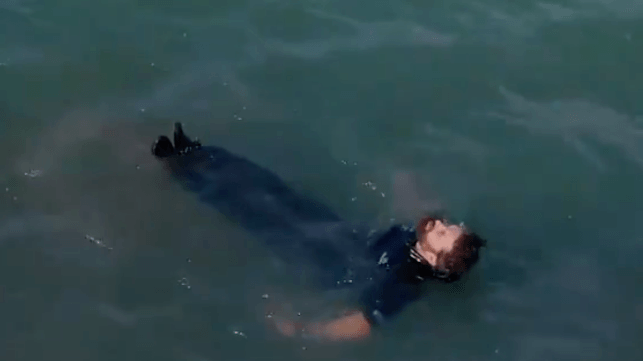 The UK’s Royal National Lifeboat Institution (RNLI) says that its simple survival advice for cold water immersion is already helping to keep people alive. The message – broadcast via a social media campaign – is that the best way to avoid drowning is to float on your back until you can control your breathing, fighting the natural impulse to immediately swim or thrash the water.

In July, a 24-year-old man was pulled from the River Thames with help from the crew at the RNLI Tower lifeboat station. Using the RNLI’s advice, the survivor was able to stay alive in the water for 25 minutes until he was rescued.

“The man had decided to go for a swim in the Thames, but quickly found himself overcome by the river’s very strong currents and suffering from cold water shock,” said RNLI Helm Steve Doherty, from the Tower station. “He told us he thought he was going to drown but then remembered the RNLI float advice he’d seen on YouTube, so he made himself float until help arrived, and he thinks that this saved him. Read on.