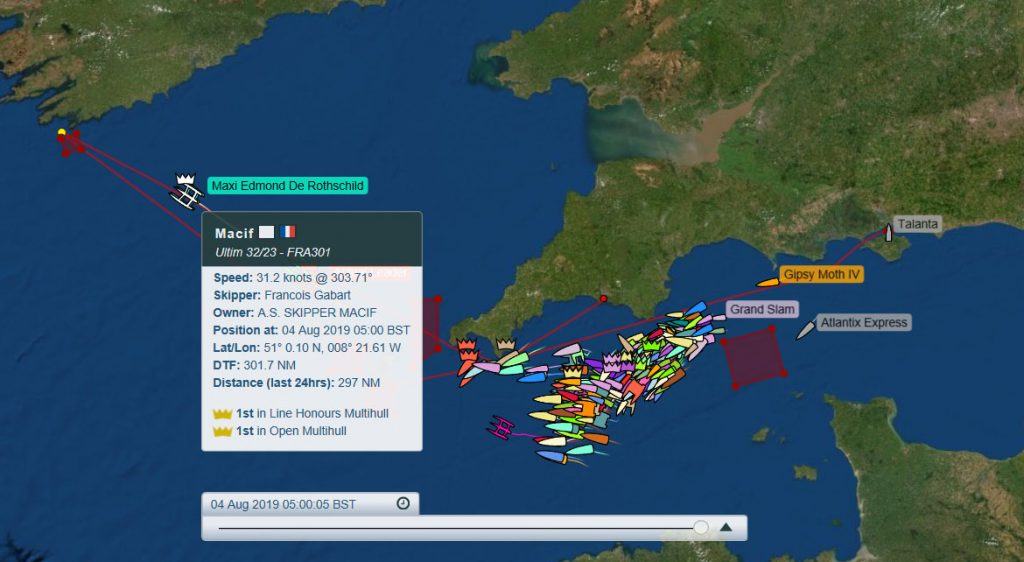 A record 388 boats crossed the start line off the Royal Yacht Squadron yesterday for the 2019 Rolex Fastnet Race.

On the live broadcast from Cowes, Fiona the Weather reminded everyone this is likely to be a relatively benign race and with modern forecasting techniques she is far more likely to get it right than the BBC’s Michael Fish’s infamous erroneous weather statement in October 1987 when in response to a caller who said she had heard there was a hurricane on the way stated “Well I can assure people who are watching, don’t worry, there isn’t. A few hours later winds of115MPH hit Southern Britain killing 18 and flattening 1.5 million trees and a repair bill (back then) of GBP2Bn.

To put just one factor in perspective the Met Office computer in 1987 performed 14m calculations a second. Today it performs 14Tr in the same time. And of course they have much more in the way of satellite input in their projections.

(To set the record straight however he was only the messenger)

Just one more small example of how offshore yacht racing is safer today than it’s ever been.

So – no records likely this year. Having said that at around 0500 UK time, Sunday morning (don’t blame me for editorial delays getting this on the site) the Ultimes are already over half way across the Irish Sea towards The Rock with Macif holding a slender lead over Edmond de Rothschild while both doing 30 knots+ whie the back marker, Gypsy Moth IV has just cleared Portland Bill.