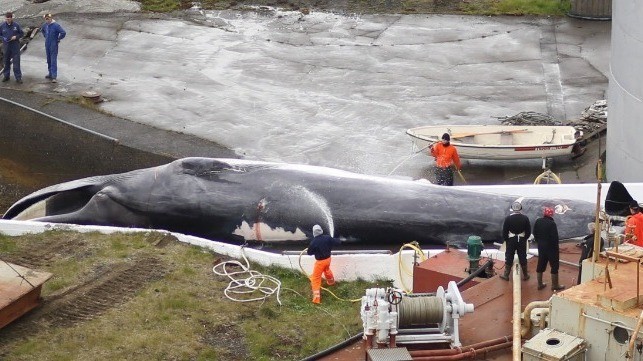 The government of Iceland has not issued a permit to allow Hvalur Hf to hunt fin whales this year, sparing over 150 whales from slaughter. The Fisheries Minister published regulations setting whaling quotas in February but did not actually issue the permit to Hvalur allowing it to use the quota.

Sea Shepherd monitored Hvalur’s activities in 2018, documenting the death of at least 146 whales, including two rare blue/fin hybrid whales as well as 21 pregnant whales. Sea Shepherd claims that during the 2018 season and in past years, the whaling company has violated numerous regulations – all of which have now been brought to the attention of the Icelandic government. Hvalur Hf is currently under investigation for issues relating to animal welfare and sanitation regulations, says Sea Shepherd.