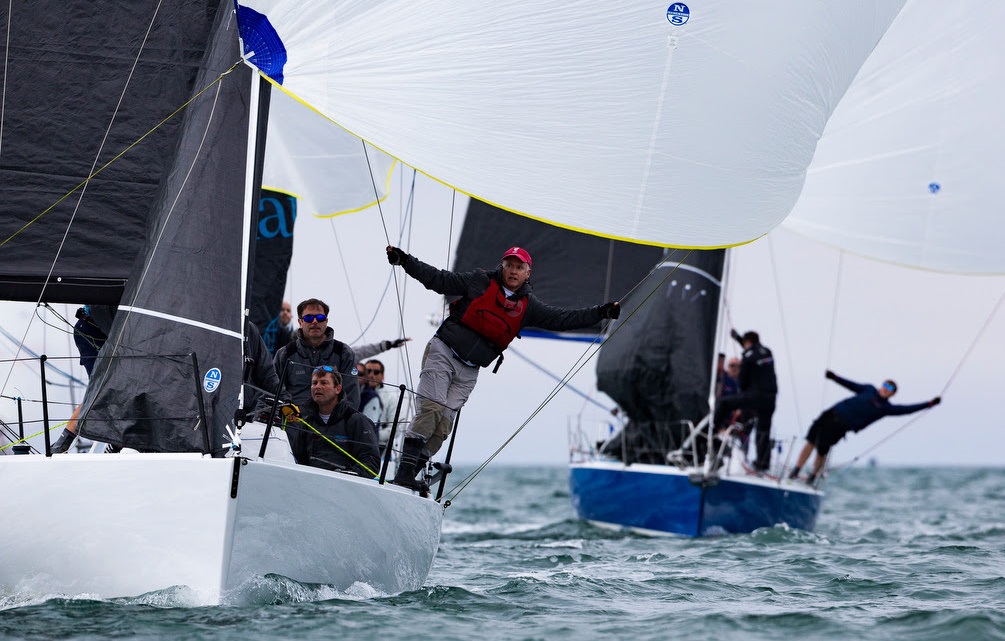 UPDATE:  People sending pictures of themselves racing need to be mindful that they don’t show rules being broken.

When lifelines are required by the class rules or any other rule, competitors shall not position any part of their torsos outside them, except briefly to perform a necessary task. On boats equipped with upper and lower lifelines, a competitor sitting on the deck facing outboard with his waist inside the lower lifeline may have the upper part of his body outside the upper lifeline.

Of course it could be that the Irish Cruiser Racing Association doesn’t have a lifeline rule for its cruisers but sailors need to be careful. The following boat in the shot clearly has a crew member with their torso outside the lifelines and the lead boat probably also.

A full schedule marked the opening day of the Irish Cruiser Racing Association (ICRA) National Championships sponsored by Frank Keane BMW on Dublin Bay today (Friday 7th June 2019) with back to back winners in five out of six divisions sailed.

Organised by the Royal St. George Yacht Club in Dun Laoghaire, 93 boats from 24 clubs and venues around Ireland are competing for five national titles, the overall trophy and an Under 25’s competition. Photograph byDavid Branigan/Oceansport .

pull up to the bumpers, baby