no soup for you 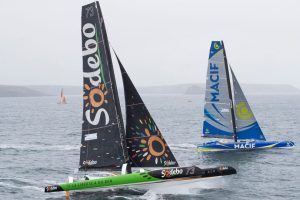 The prestigious Transat yacht race will no longer start in Plymouth, it has been announced.

The city had been set to host the the starting point of  the 60-year-old race in 2020, following an announcement  by Race owner and organizer OC Sport back in March 20018.

However, this morning it was revealed the organizers have decided to move the race to France, as organizers look to “secure the future of the race”.

To rub salt in the wounds, Plymouth’s sister city, Brest in northern Brittany, will be the host. Plymouth City Council said it was “massively disappointed” with the decision, saying it won a bid to host the race in 2017.

Read on, thanks to Plymouth Live.