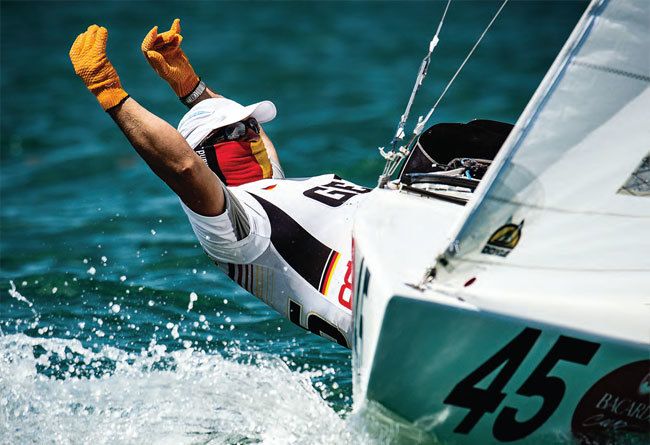 Seahorse readers will by now be familiar with the growing number of images we publish that include instances of some of the world’s best-known racing sailors competing while wrapped up like desert nomads. There is good reason for that of course; even so, the full extent of the active racer’s risk of sun-induced damage can still fairly be described as less than fully appreciated. Associate Professor of Dermatology at the Medical College of Wisconsin Edit Olasz Harken looks at both the risks to ourselves and at the steadily growing side-effects on the waters on which we compete

‘Sunscreen is the new margarine’, ‘Hawaii just banned your favorite sunscreen to protect its coral reefs’, ‘Is your sunscreen poisoning you?’ – these and similar headlines have been creating a lot of buzz in the news lately. Sunscreen is a hot topic and the closer one gets to it nowadays the hotter it becomes – you may even crash and burn like Icarus, who ignored his father’s advice and flew close to the sun on wings made of feathers and wax.

Luckily dermatologists (like myself), sunscreen manufacturers, marine biologists and scientists studying potential benefits and harms of sunscreens at least agree on one fact: applying a proven sunscreen will reduce your exposure to burning from the sun. They may even agree that proper use of sunscreen decreases the risk of skin cancer, although with a lot of ifs and buts. Read on.

Where the Hell is Penticton?