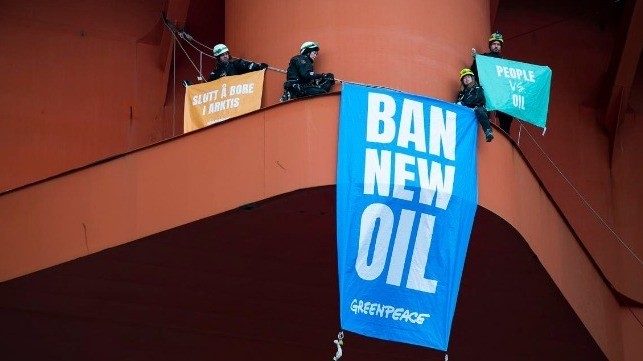 On Monday, a group of Greenpeace activists staged a 16-hour sit-in aboard the MODU West Hercules in Rypefjord, a bay near Hammerfest in the far northern province of Finnmark. The team was protesting the Equinor-chartered rig’s plans to conduct more oil exploration in Norway’s Arctic offshore waters.

“Drilling for oil in the Arctic, when the Arctic simultaneously melts faster than ever, is madness. We must stop drilling for oil, which is why we are doing non-violent protests here today,” said Frode Pleym, head of Greenpeace Norway, in a statement Monday.

In a statement to Norwegian media, Equinor asked for the activists to maintain safety. “We respect the right to protest legally, but it is basically illegal to board a rig. Therefore, we encourage them not to do anything that puts people at risk, neither themselves nor others,” a spokesperson for Equinor said.

Rig operator Seadrill told Reuters that it had notified the police and was monitoring the situation to ensure health and safety.  Read on.