we care a lot 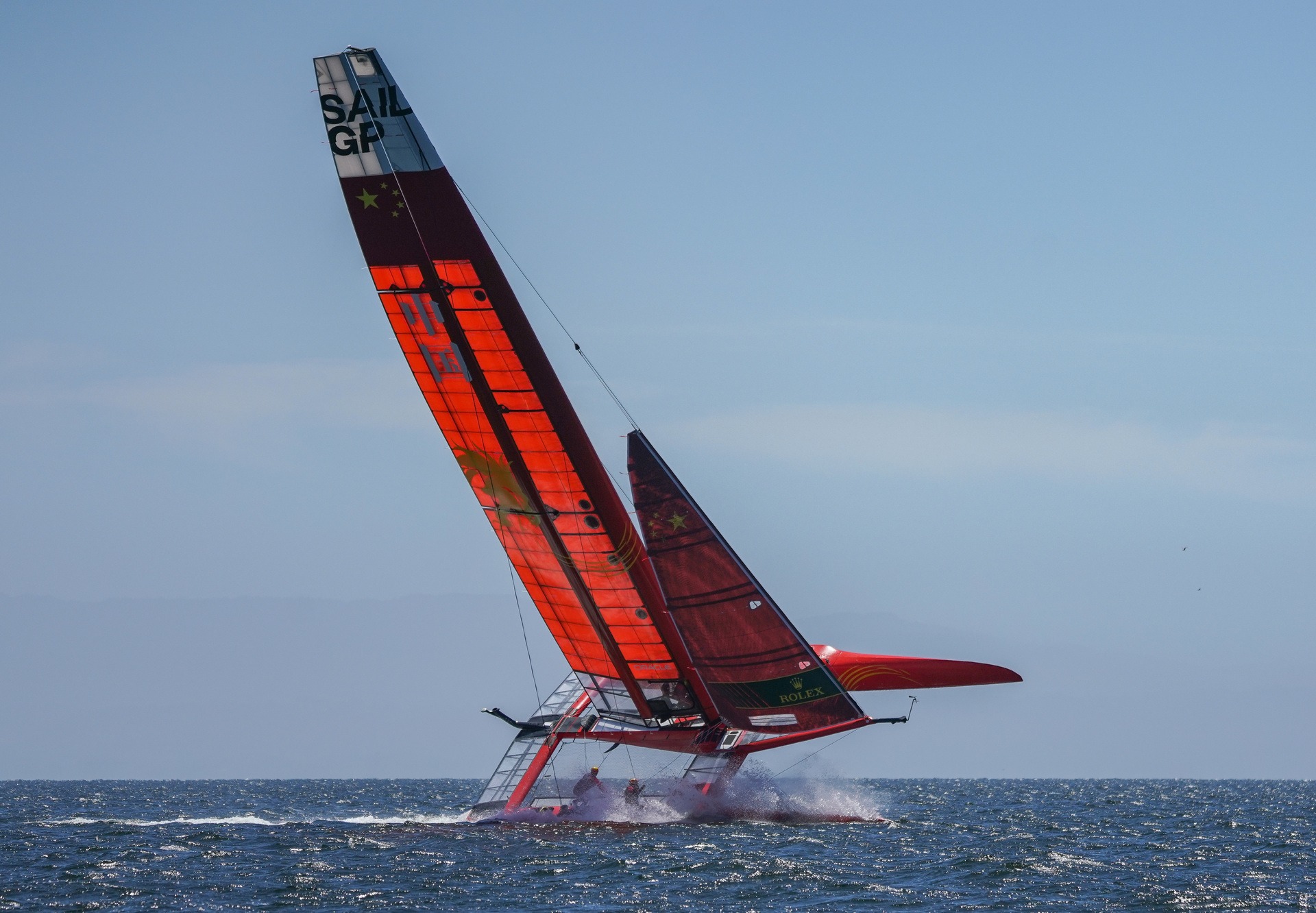 We’ve been accused of not paying any attention to the Sail GP in ‘Frisco, but see? – We care. A lot.

Things are hotting up a little in the practice sessions over in San Francisco and these guys are certainly not just Driving Miss Daisy with a bit of an ‘Oh shit’ moment for Team China but the practice course is where to work out the near disaster management rather than once the starting gun has gone.

If nothing else the image proves these are not just boring stable computer controlled foilers. Getit wrong and they WILL bite, and bite hard. Apart from the damage to crew egos, confidence and bodies the wing damage from a 40 kt capsize would put a huge damper on the shore teams social life.

With the breeze hardly up into the teens these GP50 Cats are easily topping 40 knots and at that speed, when things get out of line they do so quickly. We hear they are trying for 50…..degrees!

Not a normal look for the Team China boat and happy to report it didn’t ultimately result in an early bath but when you push it you get closer to the edge. Talking of that, a little bird tells me they are targeting 50 today.

With just over a week to what might be called the home event in San Francisco (well Larry relatively lives just down the road) the teams are all assembled and out on the waters of San Francisco Bay pushing their machines to see what they can do and perhaps as importantly what they can’t do.

As one of the greatest ever coaches used to tell his ‘ferrets’ “Train like you are racing than then race like you are training”.

It all kicks off for real on ‘The Bay’ in just 8 days and I hear the top tier tickets have already sold out, thank goodness for the internet. Photo from SailGP.