god save the queen

Really? No more calling boats “She” or “Her”? How about “Bitch” instead – would that make everybody happy?  “It”? FFS… 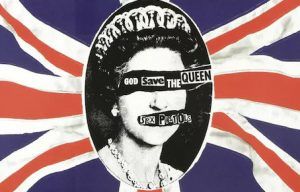 It was The Queen who said: “May God bless her and all who sail in her,” as she commissioned Britain’s latest warship, the HMS Queen Elizabeth, in 2014.

But now the tradition of referring to boats as “she” or “her” is under threat after centuries of naval history.

On Tuesday it emerged that a British maritime museum has begun referring to ships it exhibits as “it” in a bid to appear more gender neutral.

The decision taken by the Scottish Maritime Museum near Troon was sparked by vandals. Twice in four months, references to boats as “she” have been scratched out of information signs, forcing the charity’s director to scrap the gender-specific term altogether.

Jump in the forum.