get off my lawn! 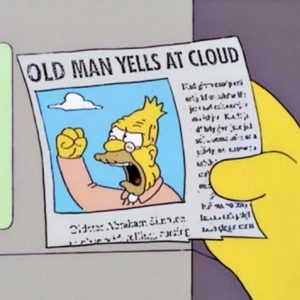 The geezers at the “paper club”, NOSA, need to give up the Newport to Ensenada Race. Their years (decades really) of mismanagement and failure to adapt to yacht racing’s trends have resulted in the smallest fleet, in several lifetimes, heading down the coast.

Plus their acquisition of the even lamer ‘Border Run’ race, has resulted in a quarter of the fleet of the “Newport to Ensenada Race” not even crossing the border past San Diego. Good going, losers, instead of learning from the Border Run’s failure of multiple courses effectively dividing and conquering the event, you’ve divided and wrecked a once great yacht race.

You heard it here first: race participation will continue to diminish until the 40 boats entered in N2E 2025 each take home one of the perpetual trophies as a participation award.

The best thing NOSA could hope for, at this point, for the survival of the event, would be to give up the race to a legitimate yacht club with small amenities such as a clubhouse and a membership base, that can promote and run the event in the right direction.

For anyone actually doing the race, I’ll see you at Paris de Noche on Saturday night. We can drown our sorrows in tequila and strippers.

Jump in the discussion.