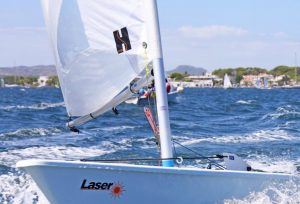 The are lots of changes upcoming with the Laser. It will change name shortly. There are likely legal changes that will be made to the international and national class associations, which will not be allowed to use the Laser name any longer.

And there will be new builders as, following the recent decertification of LaserPerfomance, the world supply of hulls is now in the hands of only two relatively small builders in Australia and Japan. And there are completely new rigs that the officials of the international class are looking at introducing.

On top of that, the Olympic future of the Laser will be decided later this year, possibly in May, by World Sailing.
There are lots of changes indeed in the making! But what about the sails? Read on.

Title inspiration thanks to O.T. Genasis.

speakers of the house