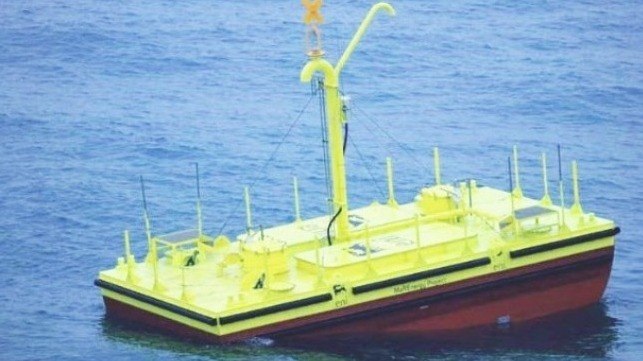 The CEOs of Eni, Fincantieri, Cassa depositi e prestiti (CDP) and Terna have signed an agreement to develop and build wave power stations on an industrial scale.

The agreement seeks to combine the expertise of the collective companies to transform the Inertial Sea Wave Energy Converter (ISWEC) pilot project into a project on an industrial scale. Eni installed the project at its Ravenna offshore site, and it became operational in March. The ISWEC production unit is capable of converting energy generated by waves into electricity and adapting to different sea conditions so as to guarantee a high continuity in energy production.

The pilot plant has been integrated into the world’s only hybrid smart grid system featuring photovoltaics and energy storage as well. It reached a peak power output of over 51kW, or 103 percent of its nominal power.

The technology, part of Eni’s strategic decarbonization plan, is suitable for powering medium and large offshore assets and, in the future, will enable Eni to convert mature offshore platforms into renewable energy generation hubs.

What Is It/Where Is It?