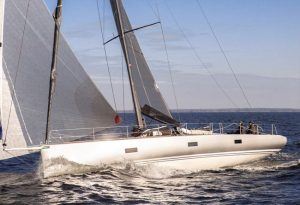 Out of sight and out of mind perhaps, but a new generation of captive reel winches is evidence of a hidden revolution below decks. Market leaders Harken have raised the bar in this field with an electrically powered range that is proving popular aboard boats that you might never expect to have them.

But while big boats have driven much of the development in this area, this new wave of modern winch design, along with the application of new technology, is feeding development in other areas of the sport. The new range of innovative winches has provided a catalyst for change elsewhere. Harken has recently supplied several electric captive winches for boats in the 55- 80ft range, a marked departure from conventional thinking where the weight, size and power requirements of a hydraulically driven system would generally point towards larger boats.