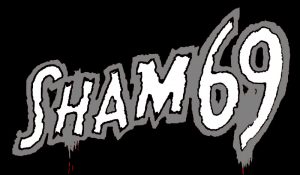 We have maintained that the “new” Rule 69 criteria is a joke and this protest and appeal are illustrative of just that. Make sure you never dis or swear or even fart on the racecourse, or at your office or at your home or god forbid here at SA. – ed

During the last minute before the starting signal of Race 1, GBR 5 and AUT 29 were in the triangle formed by the ends of the starting line and the first mark. Race Committee identified and scored them as UFD. To ask questions and get answers about this, you have to go back to why FS ( Fynn Sterrit) was unhappy.

They applied for redress and quite naturally didn’t get any as it was, I imagine a he said/she said situation, and given that during that final minute pre-start the only job of observers on the committee boat is to log sail numbers of boats in the Bermuda Triangle once the U flag drops, I am afraid I would have to go with them.

So GBR5 WAS likely wrong in their request for redress as that would require an error by the race committee to be proven and a jury has to go on the evidence presented and the facts found.

Opinions will always differ especially when you are found to be wrong.

Sounds like a loss of temper, although not smart, it was little more than that and although the offender didn’t request his comment to be removed from the website he apologized to the OA for the comment which would surely have alerted the OA to their presence on the website and they could have taken them down themselves.

He also apologized to the jury for the comments, as he should have because he was wrong.

For that misdemeanor Fynn was found guilty of “bringing sailing into disrepute” and he and crew mate were scored DNE for 2 days worth of races.

To put that in perspective (if I remember correctly) that is twice the DNEs Ben Ainslie got for jumping on a media RIB and ‘remonstrating’ with the RIB driver a few years back. Are WS getting tougher or touchier?

Is a loss of temper and a bit of finger pointing in public (posted on the website) considered to bring our sport into disrepute and worthy of a Rule 69 hearing and guilty verdict? Imagine if that was applied to soccer – there would be no one left on the pitch by half time!

I am not suggesting that we allow sailors the same latitude soccer referees appear to give players but perhaps a word ‘in his shell like’ and telling him to ‘screw the nut’ might have been sufficient (Maybe not).

Of course we don’t know the ‘temperature’ of discussions that led up to that. However this incident starts to show up the differing levels of policing from one International Jury to the next.

On the one hand a jury at the Prince Sofia event hands a DNE score on two whole days racing and gives a sailor a Rule 69 decision on their sailing resume while at the Round Hainan Regatta a few weeks back – also with an International Jury – photographic evidence of leaving measured items off a boat which were subsequently proven to have been measured as on the boat under IRC was completely ignored.

So if we take a ruler across these two incidents and assume (always dangerous) that both International Juries were acting to World Sailing guidelines then clearly being rude on an event website is more serious than potential cheating. – SS.

its a j world