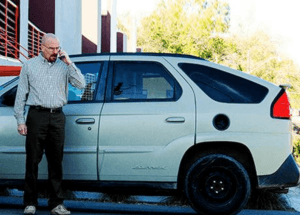 We’re not scientists, and the only Heisenberg we’re familiar with drives a Pontiac Aztek, but the uncertainty added last week to the already messy process of picking a new Olympic singlehander might just be too much.

Don’t get us wrong: We couldn’t be happier to see the man behind babyfingergate get the boot after years of litigation and supply issues have shrunk the Laser Class to a shadow of its former self.  But none of that explains why World Sailing would want to ‘buy a lawsuit’ and there’s no way that ILCA, LP and probably any new builders don’t end up in court.

We’re entirely transparent here in that RS have been advertising with SA for years, which means we get to speak to them often and sometimes even take their point of view.  Frankly though (and especially so when you compare them to the majority of dinghy builders around the world), we’re impressed with what they do for the sport. They’re good at growth, good at events, good at making sailing easy, and World Sailing could do worse than to partner up to bring the cool little Aero to the five ring circus.  It’s already got a sizeable international footing and it is lighter, quicker, and in our opinion way better looking than the Laser. Bonus?  No legal fees!

Read more chatter about the Olympic Dinghy selection in this long-running thread.