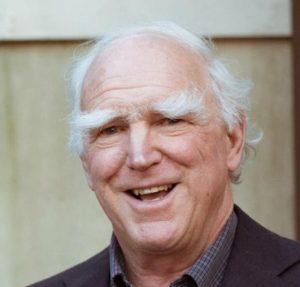 Frank Greenwood III “Woody”Jewett, of Deephaven MN died skiing in Ketchum, ID on March 25, 2019. He was 78. He was preceded in death by his parents F.G. Jewett Jr. “Hank” and Betty Jones Jewett, grandparents F.G. and Nora Wells Jewett and Theodore Thomas and Marion Thwing Jones.

Woody was born in Minneapolis on Feb. 13, 1941 and raised in Deephaven and Marshall MN. He graduated from Marshall High School in 1959, serving as student body president, and the University of Colorado in 1963. Shortly after graduating from CU, Woody met Sargent Shriver who recruited him for the Peace Corps. In Jan. 1964, Woody joined the 5th group of Peace Corps volunteers to India and served in Jodphur. After India,

Woody enlisted in the Marine Corps Officer Candidate School. As a lieutenant, he served in Guantanamo and Vietnam where he was wounded, received the Purple Heart, and honorably discharged. After recovery at the Naval Station Great Lakes Hospital, IL, Woody returned to MN where he married Kathleen McCarthy in 1969. With the exception of time in the Peace Corps and Marine Corps, Woody spent every summer in Deephaven sailing on Lake Minnetonka. A lifelong member of the Minnetonka Yacht Club, he raced X boats as a child, C and D scows in his teens and early twenties, and his beloved E-scow for 49 years. He also sang in the Minnetonka Choral Society for nearly 50 years. Service to others was an equally important priority throughout his life.

Woody continually answered the call to help. Whether it was helping a neighbor clear debris after a storm, driving for Meals on Wheels, or going to help in Hurricane Katrina recovery, it was in his nature to be helpful. With a keen mind for history, Woody appreciated stories that connected people to time and place, and was curious to know others’ histories.

As a result, he made lifelong friends in one conversation. And Woody loved to play. Sailing, ice-boating, skiing, hockey, Woody loved the thrill of going fast on all kinds of water and sharing that thrill with others. He had some close calls over the years and it was a good day when duct tape was all that was needed for repairs. A consummate do-it-yourselfer, Woody could fix almost anything with whatever was in his ever-expanding cache. Color-blind, Woody had uncommon style, renowned bow ties, and flair all his own.

While we would have enjoyed his company longer, we are grateful he took his final breaths skiing with friends and family. He is survived by his wife of 49 years Kathleen McCarthy Jewett; daughter Eleanor Jewett (Eric Rogers) of Hailey, ID; son Kevin Jewett (Carolina) of Mt. Pleasant, SC; grandchildren Grace and Ryland Rogers, and Augie, Charlie, and Sophie Jewett; siblings Ted (Debby), Peter (Wendy), and Nancy Jewett; in-laws Charles and Bill (Marnie) McCarthy and Sheila (David Boies); and many other beloved cousins, nieces, nephews, and friends. A service and celebration will be announced at a later date. Donations preferred to The Family Partnership; Lake Minnetonka Sailing School; Plymouth Rotary Dollars for Scholars.

deal of the month?