This press release came to us late Tuesday night. Given the rumors (and even one panicked call we received), we’d say that the Stars & Stripes team is on life support, with little chance of a full recovery. We bet DC wishes he hadn’t lent them his name…

Long Beach Yacht Club’s Challenge for the 36th America’s Cup presented by Prada, Stars + Stripes USA, has not withdrawn from the America’s Cup and has no plans to do so.  In addition to continuing its preparations for AC36, the Stars + Stripes team is racing this week in the 55th Congressional Cup hosted by Long Beach Yacht Club.  Racing alongside team co-founder Taylor Canfield as part of his co-ed team will be Sally Barkow, George Peet, Jesse Fielding, Ben Bardwell, and Stars + Stripes team member Mike Buckley as tactician.

LBYC leadership along with Stars + Stripes team leaders Mike Buckley and Taylor Canfield have doubled down on their All-American challenge and will continue to push to the end.  The team has made structural changes recently and Mike Buckley will be becoming the CEO of the team. In addition, the team has recruited additional top-flight America’s Cup management, marketing and fundraising talent, including some from Dennis Conner’s victorious Stars & Stripes 87 team, to join the team and its Advisory Board.

“The Stars + Stripes team and Long Beach Yacht Club have redoubled their commitment-to-the-commitment, as Dennis Conner was fond of saying, inspiring his Stars & Stripes 87 team to its victory down under,” said Mike Buckley, Skipper SSUSA.

“What Mike and Taylor have created has resonated with the American sailing population. We are seeing this first hand here within the community of Long Beach” said Camille Daniels, Commodore LBYC. 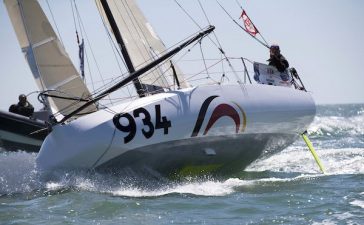 I Coulda Been a CONTENDER

Time to Get ill