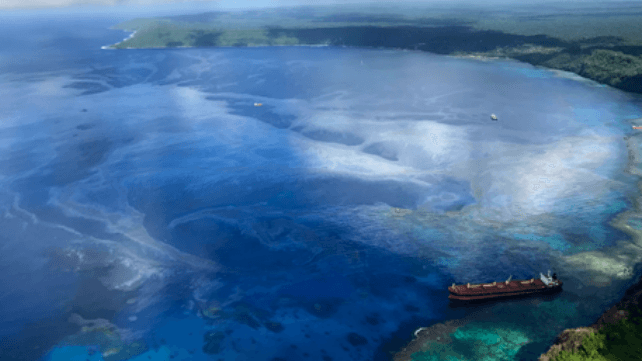 Salvors have stopped the discharge of fuel oil from the wrecked bulker Solomon Trader on Rennell Island, the southernmost island in the Solomons, and they have removed 230 tonnes of bunkers out of an estimated 600 tonnes on board. However, the existing spill is worse than previously estimated, according to insurer Korea P&I and shipowner King Trader.

“Although initial estimates indicated that some 70 tonnes of oil entered the water, it’s now believed that the escaped amount is higher, something that will be clarified as the response progresses,” the two companies said in a statement. “The majority of escaped oil drifted into the open ocean where it was naturally degraded by wave action, water temperatures and evaporation.” Read on.

World Championship of the World

stupid is as stupid does