the end and the beginning? 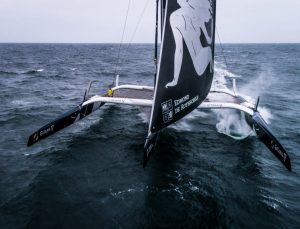 After eight seasons, which prompted the creation of some fantastic craft like the Multi70 Edmond de Rothschild, the eponymous IMOCA 60, not to mention the most recent addition to the fleet, the flying Maxi Gitana 17, the owners of Gitana Team and skipper Sébastien Josse have announced the end of their collaboration initiated in 2011.

Who would then replace Josse? Frank Cammas?