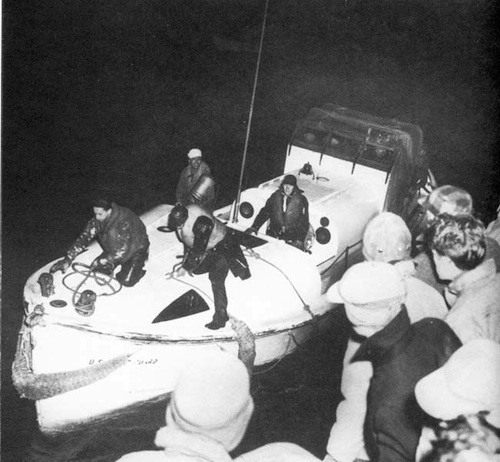 On Feb. 18, 1952, four men risked their lives in a howling nor’easter off Cape Cod to save 32 mariners on the shipwrecked tanker Pendleton. They brought all but one to safety in a wooden motorboat designed to hold no more than 16 people.

They were four Coast Guardsmen at the Chatham Lifeboat Station who volunteered to try to make what seemed to be an impossible rescue. They faced freezing temperatures and 60-foot waves in the hopes of reaching the Pendleton, an oil tanker that had snapped in two during the fierce storm. All received the Gold Lifesaving Medal, the Coast Guard’s highest honor, for “extreme and heroic daring.”

The Coast Guard called it the greatest rescue by a small boat in its history. The four men were called heroes. They shrugged it off and said they were just doing their job.  Jump in the thread.

wind up for auction