sailor chick of the decade 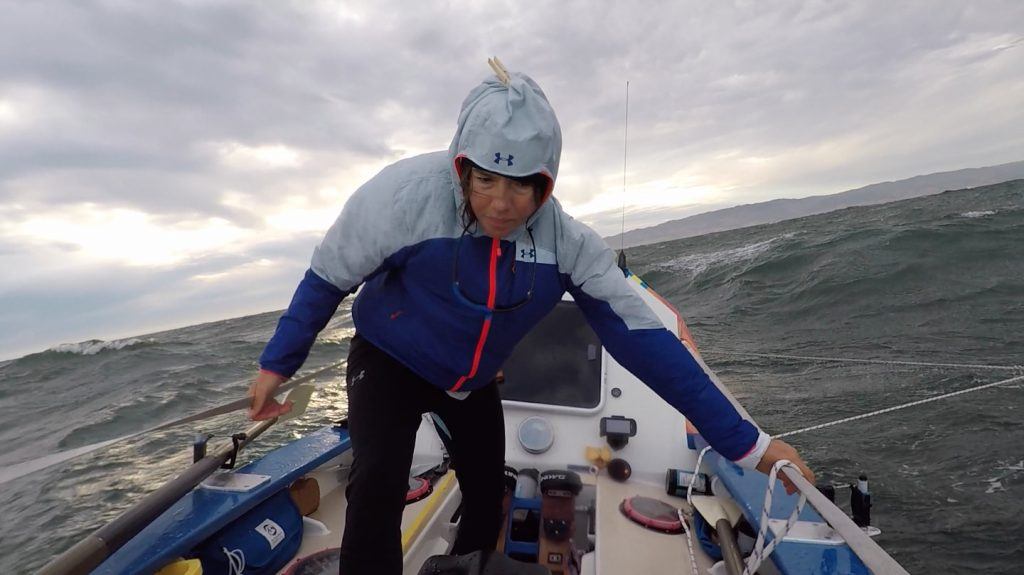 Dear and nearly long-lost friend Lia Ditton has a story to tell. Read it.

Why Did You Stop Sailing? A journalist in Portland, Oregon asked me a year ago.

Why Are You Rowing the Pacific?  Everyone asks me this.

In 2011, I starred in a horror movie, except that movie was my life. I had a stalker and you know him. You probably follow him online.

The messages at first were one liners, but over the months they became lengthy scripts from a sick, disturbed mind. “I am Dr Jekyll and Mr Hyde…”

The emails were sent from names of people in the sailing industry or hybrids of sailing names. Sometimes photos were attached, of me that week. The calls were unregistered. The phone company had no record of them. Something called ‘pinging’ – I learned – an automated service you can select online, to harass someone.

It didn’t matter what email address or social media account I used. The messages came up to 6 a day, sometimes sent to people I interacted with online. By Christmas of 2011, I had stopped writing for all sailing publications including Sailing Anarchy.

I don’t remember when the hot sweats started, but I remember the nightmares in detail – waking up unable to scream, waking up as my throat was being slit.  I sat in the living room one day beside my life’s possessions all boxed up. I was planning to swim to the Scilly Isles at night, knowing full well I wouldn’t make it. I was afraid of myself – afraid if my stalker turned up in my alleyway, I would grab the kitchen knife and kill him. This was year two and I now knew who he was.

The police got more involved on the request of my uncle, a policeman himself. The stalker went on the list as WANTED in the UK, but he was on a train back to France before they could grab him. He was no fool.

I moved apartment, moved again and then to Spain, alas too late. My appendix ruptured, then for a year, I was on a special diet to save my spleen. I was corroding, from the inside out.  Amazingly, I got a job – in the Sahara, for an ultra marathon company. The Sahara is beautiful, brutal, raw and so was the race, The Marathon des Sables.

I waited all my career to join a women’s Volvo Team, but I didn’t apply for Team SCA, because I couldn’t. My life was a shattered pane of glass, held together by tape.

But in the dust of the desert I found hope and three years after it started, I ventured back into sailing. At first I suffered heart palpitations at the sight of boats, – the stalker works in the sailing industry – but over time those went away.

Rowing the Atlantic in 2010 was a diversion, a fun side show to my main love of racing boats. Naked for 73 days, the oars extensions of my arms, I could feel the ocean. Whales swam alongside and clicked to communicate. I felt I belonged. I felt wild and free.

When I began this project to row solo across the North Pacific, to be the 1st woman and 1st person to row land-to-land, I don’t think I knew my motive. Now I do.

In 1,850 miles of training, rowing my boat in the bay of San Francisco and down the California Coast, my body has become strong. I have picked up a huge following of all ages, but particularly young girls. And for those girls, I want to throw open the doors of possibility that they can do and be whatever they dream of.

Rowing the Pacific was never about rowing, but what it represents: resilience in the face of adversity, determination against all odds and dogged unwavering perseverance.

I don’t know how you move on from an experience like being stalked – it left shards of glass inside of me. But what we do know, is that over time glass is weathered by the sea.

My typhoon-proof rowboat is about to be built and I am set on leaving Japan right before the Tokyo Olympics 2020. Think of it as the Super Slow Olympics as I’ll leave before the Olympics start and probably still be rowing after they’ve finished.

I have one more thing to say. The man who stalked me is a sailing photographer. His name is *ed. We’ve removed his name for legal reasons*

Jump in the discussion thread here.