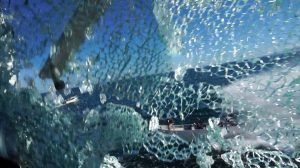 On January 31, Sea Shepherd Vessel M/V Farley Mowat was attacked by over 50 assailants the organization says were posing as fishermen.

They were on board 20 high speed boats and attacked the Farley Mowat while she conducting maritime conservation patrols inside the Vaquita Refuge in the Upper Gulf of California.

Molotov cocktails and projectiles were hurled, including lead weights and large stones, shattering windows and setting the side of the Sea Shepherd ship on fire. Sea Shepherd crew members fended the attackers off using emergency fire hoses, while Mexican Navy soldiers and Federal Police stationed on board opened fired into the air and sea to deter the attackers. Read more.