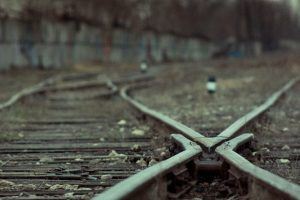 Part two of the Laser at the Crossroads by Jean-Pierre Kiekens. Part one is here.

As I mentioned in the webcast, the top composite/carbon section seems to be a good patch, but it came late (seems first trials were in 1999), and at a pretty high cost for what it is (625 euros in France for example). I now hear in the grapevine that these top sections may not all be the same, in terms of flexibility. I hope this is not true, because that would bring us back to the situation where the top sailors will be testing 20 or 30 top sections before selecting one fitting their requirements. This is not one design sailing any longer. Actually, variable degrees of flexibility of the top section may be a way to accommodate wider weight ranges, but then it should be a stated goal, and not a byproduct of inconsistent production.  In windsurfing, you have many types of mast flexibility to choose from. In the Optimist, typically sailors have several sprits and select the one to use according to the expected conditions. Maybe that’s a model that the Laser could embrace. I insist: maybe; it would need to be analyzed in depth. And yes, there is a new Radial bottom mast section that is coming, but again pretty late and at a pretty high cost, as announced in Australia, adding to the price of the boat, while the competitors – D-Zero, M-14, RS Aero – don’t need these upgrades, as they are all already full composite for their rigs (2 parts of the mast, plus the boom – which stays aluminum in the Laser). As for the Sarah Douglas video, which was not part of my slideshow, and on which I was asked to comment, I think she posted it on her Instagram for the fun. I was not suggesting she was using an aluminum top section for racing. Just that it was an aluminum section in the video. What I understand is that many youth sailors still use aluminum top sections in Europe. The price difference between the two types of section is substantial. It seems that at least for the 4.7, where much less boom vang is typically applied, if there was better quality aluminum and and more consistent manufacturing involved, a top aluminum section would be fully sufficient. The last thing youth sailing needs is for the Laser to be even more expensive.

I address the question of universality in my May 31 2018 article « Singlehanded Dinghies for the 2024 Olympics: Selection Criteria and Potential Contenders » — see https://optimist-openbic-sailing.blogspot.com/2018/05/singlehanded-dinghies-for-2024-olympics.html  Key aspects of universality are that equipment is widely accessible around the world; that success is more related to athletic superiority and tactical understanding than technical knowledge of the specific equipment; and that equipment is simple, standardized and no option is given for development, optimization or customization under its Class Rules. Of course, today, the Laser is dominant around the world, following its nearly 50 years of existence and its Olympic status for over 20 years, since 1996. But what’s stressed by World Sailing is accessibility of the boat worldwide. That’s what will need to be determined. None of today’s Lasers will compete at the 2024 Olympics. None of today’s Lasers will even serve for the Olympic campaigns of the top sailors in anticipation of the 2024 Olympics. As mentioned in the webcast, the top sailors regularly change hulls, typically every one or two years. Many sailors have several hulls. So buying a new boat from another brand is not a big step from buying a new boat from the Laser brand, as long as the boat is actually available worldwide for purchase. And for the sailors who are not those eying the Olympics, in particular youth sailors, I have made abundantly clear that I think that the Laser should be kept as the preferred single-handed youth dinghy, for a substantial period of time, of say at least 4 years. Indeed, for those sailors, sailing a new hull is much less important and there is a strong case for continuing to use the large fleets of Lasers that are say between 2 and 10 years old. What is not desirable obviously is to create a new monopoly, something that would actually be scrutinized by the European Commission and possibly various national authorities. If things are managed properly, the replacement boat for the Laser can become as universal as the Laser, i.e. that boats will be readily available for purchase in all the countries desiring to compete internationally. And the Laser can remain at the same time central to single-handed youth sailing. That’s in principle feasible. I think that World Sailing will not interpret universality as being the most abundant single-handed boat today in the world. If they do, then why did they even bother starting a process to possibly replace the Laser in the first place?

– The Case for Taking a Pause

I argue in my article « The Laser at the Crossroads » that there are two very distinct scenarios. Either the Laser remains Olympic for 2024, or it doesn’t. I will not repeat the arguments here, but what’s essential, in case the Laser loses its Olympic status, is to save youth sailing in the Laser 4.7 and the Radial, and even make it better. So lots of work would need to be done with the youth sailing authorities in the key countries where the Laser is strong, in Europe in particular. Any changes to the Laser will need to be agreed upon with all these authorities along with the builders, and the general membership. Meaningful changes, including to the rig, that will make the Laser a better youth boat, while at the same time not unnecessarily increasing its cost, will likely have a good chance to pass. If the Laser keeps its Olympic status, there will still be a case to reconnect with the membership and figure out what to do to improve the boat and avoid the confusion of the 8 different rigs. So yes, I maintain, there is a case for taking a pause, and this is a very constructive recommendation indeed.

Andy Roy’s Comments can be found here https://www.facebook.com/SailingIllustratedBlog/videos/813275225705785/ and are copied below. Andy Roy is not only an amazing Laser sailor but also the North American Chairman of the Laser Class.

Comments about the January 21 announcement by the Laser class

Note: Portsmouth Yardstick numbers used in the UK in 2018: D-Zero: 1029; Laser Standard 1098; Laser Radial 1142; RS Aero 9: 1019; RS Aero 7: 1068.  For a one hour race, expect RS Aero 9 and D-Zero to arrive first, close to each other, and then about 2 minutes later, the RS Aero 7; 4 minutes later the Laser Standard, and 6 minutes later the Radial. There are no yardstick numbers for the Melges 14, it can be expected its speed will be about that of the D-Zero and the Aero – i.e. significantly faster than the Laser. So there is about a 4 min gap between the new and old designs. This is less than 10%, which actually shows how the Laser was really groundbreaking 50 years ago. But it’s a 2024 single-handed Olympic dinghy that needs to be decided upon of course.

Find the medial release at this link: http://www.laserinternational.org/blog/2019/01/21/information-for-ilca-members-about-new-rig-development/

New Chick On The Block