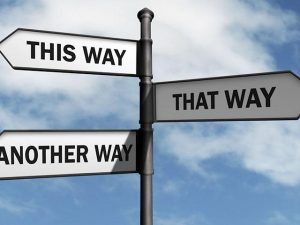 Following the article « The Laser at the Crossroads » a media release was issued by the Laser Class. And there was also some reaction from the class to the webcast by Sailing Illustrated with Jean-Pierre, the author of the crossroads article. The date and location of the sea trials of the 4 single-handed contenders for the 2024 Olympics have also been announced: it will be in Valencia, Spain on March 11-15.

This is obviously not the end of the process, but things are evolving fast. So here is more analysis by Jean-Pierre on this critical issue, followed by his comments on an official announcement by the Laser class.

– Durability of the hulls

This is an extremely important point, and we actually don’t know much about the durability of the 3 new designs (Devoti, Aero, Melges). What we know is that the Laser has several known weaknesses, such as a) lack of top stiffness of the hull after 1 or 2 years; b) mast step leaks sooner or later in the hull’s life – a problem that exists since the first Laser hulls and is a pain where you know … ; c) lack of consistency in the hulls – some hulls are better, stiffer, more durable than others – most of us have heard for example about the « Aussie Lasers ».  We also know  that more performing materials such as epoxy and carbon are used in the new designs.  Engineering such new boats will have incorporated the latest structural mechanics and fluid dynamics codes. It is reasonable to think that the latest composites and materials science have been considered and incorporated into these platforms with much higher stiffness to weight ratios vs the Laser. Yes, testing should take place indeed, ideally through an independent third party laboratory/company. Related to the durability of the hulls is of course the question of sustainability. A hull that remains a top performer for a longer time does not need to be replaced as often as a hull with less durability, and this greatly reduces environmental impacts.

I did a comparison of the current pricing in Europe, in the Eurozone. And I based my assertions on this comparison. One of the 3 competitors came out at a cheaper price than the Laser and the two other contestants. But generally speaking, the price differences are not that significant any longer on the European market. I would invite the Laser class and others to make their own comparison, and then we can compare notes. Instead of putting my numbers forward and then getting instant criticism. Note also that for example with the Radial, there will be a new price increase due to the future composite bottom mast section. I did not even incorporate this in my comparison. Anyway, pricing is intimately linked with longevity. If a boat remains competitive, including at the very top level, for a longer duration (like in classes such as the Finn or the Tornado), then a higher price is justified.

There are no statistics, but obviously, a significant number of the people sailing the Devoti, the Melges or the Aero, have sailed the Laser before. Most new Laser master sailors are men who decide, typically in their 40s, to go back to sailing. Year after year, the apprentice master sailors (age 35 to 44) are just a small share of the Master Laser fleets. Today, master sailors, who need to purchase a boat, can choose among several models – Laser, Aero, etc. – something that was not the case 10 years ago. So what you may not see that often is someone sailing the Laser as a Master, and selling his boat, and then moving to the competition. But rather people having sailed the Laser in the past, and turning to the competition when time comes to get a new single-handed dinghy.

When I commented online, and indicated a slight (i.e. small, modest) decline in participation, I had not done a full analysis. But my own experience was that the first time I did the Master Worlds in Halifax (2009), there were two Master (45 / 54) Standard fleets. Second time, a few years later, in Kingston (2015), there was only one. It went from 84 to 50 sailors, while total participation in the two events went from 281 to 257. Interestingly, the Grand Master category (55 to 64) saw its participation increase from 40 to 55. As participation in the Worlds highly depends on the location, one has to be very careful in drawing conclusions. But I think that my assessment is right that there is a slight decline in participation. But I am ready to acknowledge at the same time that a big variability: for example a record 511 sailors in Hyères, France in 2014 v. 222 sailors in Nuevo Vallarta Mexico in 2016. What can be seen from the various categories is a slight aging of those participating in the Master worlds. To be also noted is that Master sailing in the Laser has never been really appealing to women, even when the 4.7 was used. That shows how the Radial works only for a handful of very fit women, and that the rig is too powerful for most anyway.  And of course, while this modest decline in participation in master sailing takes places, there is fortunately vibrant and expanding youth sailing in the Laser, particularly in Europe, with some 800 youth sailors participating in 2018 in the 4.7 and Radial Worlds.

In the Sailing Illustrated webcast, I attempted some humor, that seemed to work with many, but maybe not with Andy 🙂 Yes, people can have their Laser in their garage for years without sailing it. It happens. And with age, it’s always a bit hard to find the motivation to get it out. What I really had in mind when I was referring to love is actually customer service, or the lack of such service. Last year I needed a part, and went to a parts shop that used to carry the Laser. And I was told that they did not any longer carry Laser parts, because they had to prepay all their orders, and that they actually had some doubts about the viability of the builder, so that they were afraid of not getting the parts they would pay for in advance. Kind of a catch 22. Also, just buying a new sail for the Laser is a tough decision. One knows that the « copycat » and the « class legal » sails are almost the same in terms of performance and longevity. And they probably cost about the same to produce (maybe about 50 dollars or maybe even less). Yet the class legal sails cost about four times more (US pricing: $150 v. $600). So just buying a new sail is a reminder that there is something wrong with the Laser, and that monopoly-like prices are being asked – not true market prices. Of course, Finn sails are more expensive, but there is R&D involved, they are larger, and they use advanced materials. And if you don’t like one sailmaker, you can opt for another. More generally speaking, the customer service for Finn sailors seems to exist, while frankly, for the Laser, at least in some locations, it’s questionable.

– Narrow Weight Range of the Laser

Andy writes that he had not heard about the narrow weight range of the Laser, and that’s surprising. Because it’s a well established fact. Take for example the International Sailing Academy, in Mexico, which trains several of the best Laser sailors in the world. They recommend the 145-155 lbs range for the Radial, and the 180-185 lbs range for the full rig. So a 10 lbs range for the Radial, and just a 5 lbs range for the full rig. Follow the link to see the diagram from the International Sailing Academy. One can consider this as very narrow indeed. Let’s compare with another Olympic sport: weight lifting. For men, there are 8 weight categories, from 123 lbs to over 231 lbs. That’s over 100 lbs range of athletes’ weights.  For female athletes, there are 8 categories, from 106s lb to over 198 lbs, i.e. approx a 100 lbs range. The sport of weight lifting accommodates essentially most physiques present in the world. In contrast, the Laser Standard and Radial dinghies accommodate only a very small share of the diversity of athletic physiques. This is actually inconsistent with the Olympic universality goal (see below) and a reason why equipment choices that could accommodate wider weight ranges are so important. Some of the new designs may just do that – with sail plans depowering more efficiently than that of the Laser, but it needs to be tested objectively, of course. And it’s also why it’s important to keep the Finn to accommodate sailors who are too heavy for the Laser.

What makes single-handed dinghy appealing is being able to sail with guys who use the same boats. The multiplicity of rigs that is now expected will fragment the fleets and is likely to be detrimental. Why 5 new rigs? It’s simply the outcome of the lack of coordination among the two builders and the class. If weight ranges can actually be made wider, thanks to new technologies such as the ones used for the C rigs, then the actual goal should be to reduce the number of rigs, i.e. have only two rigs. There is already some overlap between 4.7 and Radial. Two new rigs would be great, as long as they are really affordable, and that there is a realistic, cost-effective and consensual plan to move from the old rigs to the new ones. Keep in mind that in many places with very small Laser fleets, including in Montreal where I am located, 2 rigs would be much better than 3 (and obviously 5 or 8).  What happened with the June 2018 video, is that it says the class was going to go ahead with new rigs, but without any clear plan for a transition. And then the media release this January is now saying that the existing three rigs will be kept.  In Australia, the pricing for the two other C rigs – the c7 and c8 rigs -, have already been announced, so those will become sooner or later a reality. So it’s all confusing. And the two ARC rigs, which were developed independently from the class, and are expected to be launched in May, add to the confusion. The press release by the class, in my view, did not really resolve this issue, especially when suggesting that the market would sort this out. And if there were such great communications between Laser Performance and the class, why weren’t these new ARC rigs not central to those communications? Why can’t the Australian and UK builders agree on the same rigs? Part 2 next….