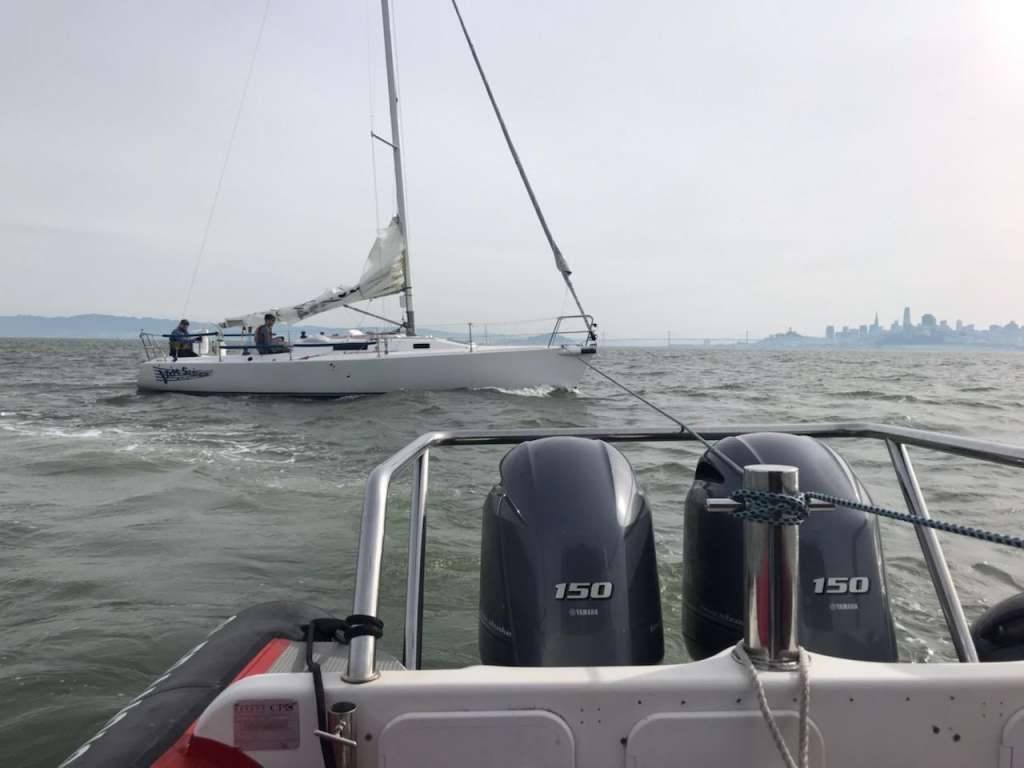 A pair of sailors competing in the 334-boat Three Bridge Fiasco race Saturday were left rudderless after a collision with a whale in the middle of the San Francisco Bay.

Adam Spiegel, a technology CFO in San Francisco and his sailing partner had been roughly an hour into the grueling “short-handed” race around the Bay’s three central bridges before the incident occurred. They’d rounded one the race’s marks called Blackaller up by Fort Point near the Golden Gate Bridge and were heading toward Red Rock Island at the Richmond-San Rafael Bridge when their J/105 sailboat abruptly came to a stop.

“All of a sudden it felt like we’d ran aground,” Spiegel told SFGATE.

A second or two later, Spiegel said, there was another thud, followed by another thud. Then, the pair heard a loud, cracking noise and what sounded like a splintering sound coming from the 35-foot fiberglass racing sloop.

After that, a gray whale, which Spiegel estimated to be at least 25 feet long surfaced next to them. Spiegel couldn’t see any blood in the water or injuries to the whale, but they wondered if the whale was going to “come after” them.

They also wondered whether their boat was going to sink. They figured out they’d lost partial steerage and couldn’t get back safely on their own.

Spiegel and his crew didn’t report the collision to the Coast Guard. Soon after, the dockmaster of the St. Francis Yacht Club came out in a powerboat to rescue the pair and escort them back.

The boat’s rudder was dislodged and the underside of the yacht was scraped up by barnacles on the whale, Spiegel said.

It’s still not clear if the whale suffered any injuries from the small boat, which would have been moving around 5 knots, which is around 6 mile per hour. Thanks to the SF Gate.