go ahead, be a pinhead 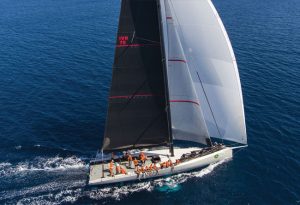 A truckload of weird-shaped safety-orange sails just showed up on the Fulcrum loading dock from our awesome friends at North and there’s something different about them. They go on the same spar package but have 1.8 square meters less area, almost all of it taken out of the trailing edge up at the tip. This leaves them with an odd “pinhead” look, which has recently become highly fashionable in the A-class and there’s some fun practical science behind it that I really can’t resist sharing.

When we first started developing the UFO in 2015 we were surprised by precisely how broad the tuning range on the single 7.8 square meter mainsail paired with our patented variable stiffness rig system proved to be. The thing could turn into a truck in light wind and get you flying or be flattened to essentially zero camber and feather like crazy at the tip and go happily right up into 30 knots of breeze without becoming fully un-sailable. “Cool!” We concluded “On to the next adventure”.

What we found in practice is that with smaller kids in windier conditions, this hit a snag. Around 15+ knots you can have the sail fully de-powered and its fundamentally trickier for a 12 year old to level the boat off and get going. Still fun and still working. But from the dock, as a designer, you know deep down that just as the radial did with the laser, the 5 did with the Aero and so on and so on, a little toying with canvass can go a long way for lighter pilots.

So we set our design parameters and got busy designing an alternative small sail for very light sailors learning in big breeze. Being an opinionated jerk, I set abnormally difficult parameters for the project.

No special spars. The sail had to fit on the exact same rig and boom to avoid the “quiver of arrows” effect that often happens to one-design classes when alternative sail sizes are produced. That’s cumbersome, expensive and bad for the one-design. The best way to do it is in the cloth alone.

I must at this point also make it very explicitly clear that we are not changing the one design or allowing sail switching. This winter’s UFO one design circuit in Florida and the Carolinas will be with the normal 7.8 meter sails. The pinhead is a useful tool for practice and recreation. -and now back to the article

Sacrifice as little performance across the board as possible. The request “please make it easier?” can’t be answered with “Done, at the cost of all the fun you were having!”.

What we ended up doing was reducing the area in the sail by 1.8 square meters in a tapered fashion. The bulk of the surface is taken out of the very tip of the sail, high in the air. Meanwhile, the sail remains quite high chord at the bottom and endplated to the deck, which keeps the drag on the sail as reduced as possible and bumping up the effective aspect ratio. What this produces is an odd “pinhead” shape in planform where there is a tiny vestige of a squarehead but all told a quite fine-tipped sail. 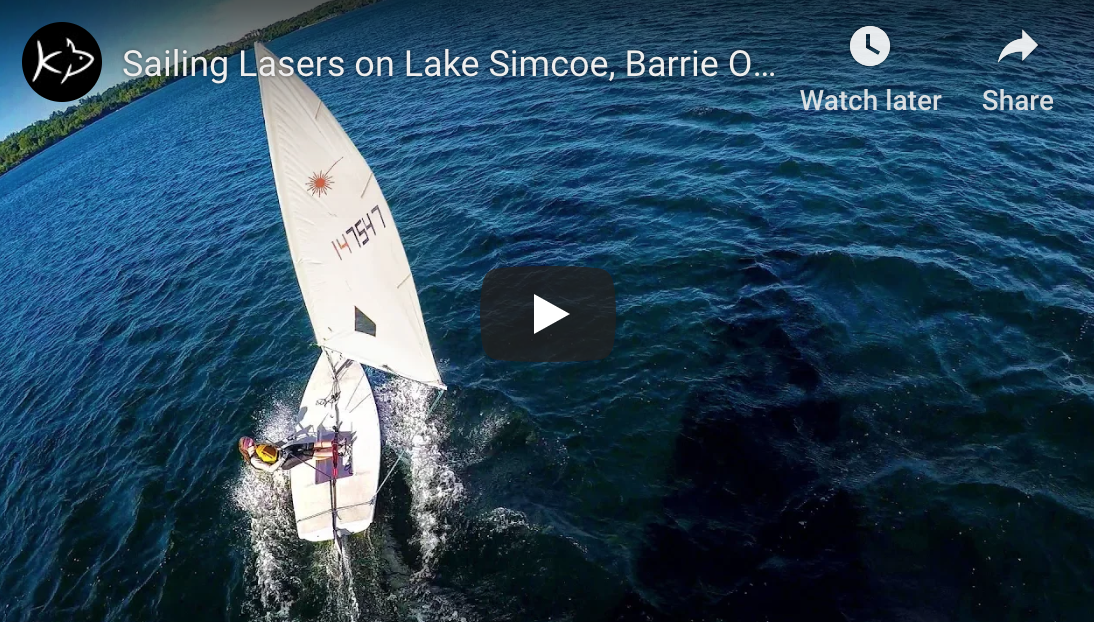 Similar designs have gained broad popularity in the upper echelon of the A-class fleet for somewhat similar reasons. The A was never a high righting moment boat to begin with, being a pretty narrow catamaran. And it has an immensely tall spar which has benefits but also a lot of heeling moment an pitching moment. Add onto that a foil package that can at times actually reduce the righting moment of the boat quite substantially, as well as effectively increasing pitching moment by making the whole package taller and you’ve got to move the center of pressure on the sail downhill. Now!

The fix is ultimately very simple. Move the sail area down the mast. This by default moves the center of pressure down the mast as well, choking it up on the mast which in this case is acting as a torque arm for heeling an pitching. So puffs yield less heeling and pitching moment. Just so with the UFO. In an era where squarehead mainsails have made it all the way to being popular in keelboats, it’s more than a little odd to design a fine pointed sail, but what works works. Design and fashion do not always align.

North being North, we got precisely what we asked for. And then we got more! What comes out of this design loop isn’t jus a sail for kid’s on windy days. It’s a cloak of invincibility for adults on SUPER WINDY days (20-35 knot winds). It’s also a “champagne maximizer” for adults who are learning. Both phenomena happen for the same reason. The reduced heeling moment on the sail makes the boat significantly less easily rolled by gusts and also makes the boat less pitchy fore and aft in gusts.

So as a beginner, your baseline condition where you might just go for a nice sail and spend some time learning to foil expands up the wind range a lot. 18 feels like 12, and you still have the standard sail, so 12 also feels like 12. So you can make a broader plateau of ideal learning conditions, rather than, with only three sessions under your belt, potentially finding yourself sitting on shore wondering if you’re brave enough to go out in 20 knots yet.

Meanwhile,, for the legitimately unhinged among us (…guilty…) it makes 35 feel like 20, so the number of times you tell the coastguard to get lost and let you keep playing goes through the roof. That’s something I’ve never experienced in any boat until now. I look at ferocious white caps and think “Oh good, wind. I like wind.” So what was initially meant to be mainly a sail for kids ended up hitting far above its weight and providing far more utility than initially intended. You still definitely need the extra power in lighter breeze, so it’s not as if we missed our target the first time around.

When I try to fly with a pinhead in eight knots I get absolutely nowhere and as a racer I don’t find myself feeling like I should have rigged it instead of the full sail until it’s gusting past 20, but still it’s fascinating to see how playing with canvass can do fun things. Thanks North!