We don’t usually grab someone’s letter of of FB, but damn if this dude doesn’t seem to be spot on 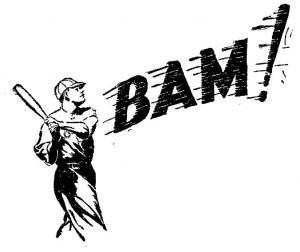 Dear Kim,
First of all, Happy New Year, success at WS and fair weather sailing in 2019.

Your letter to Dr. Thomas Bach, President of the IOC, has now reached a wide audience. So has the email response from Gyorgy Wossala and the letter to you from the Hungarian Federation with some very specific questions, which many are waiting for clarifying answers. Providing prompt and clear answers is a proof to show your and WS commitment to leadership, transparency and exemplary Good Governance.

I want to thank you for the time you took for the constructive, long and useful conversation you and I had a couple of weeks ago, just before Christmas. Gary Jobson, a longtime friend (together we created the Yachtsman of the Year Award many years ago and found the first sponsor) was also very useful to clarify certain points in a long conversation, to help me get an educated view on some of the issues below.

I was in Palamos competing in the Christmas Race and actively listened to the young and senior sailors, to coaches and team managers. They all read the media related to WS and also get information from many different sources.

Kim, we should be worried!

Communication is such in the boat parks around the world that the sailors believe the rumors of what has gone on before, during and after the WS meetings in Sarasota and the last Council meeting.

They are powerful damaging rumors and rumors get out of control.

I want to convey to you, for your guidance, the rumours that are building up among our sailing community, who you as President and WS represent.

• Dubious personal and commercial interests related to the process of choosing the keelboat and excusing the dinghy,

• Suspicious voting process and outcome, some media call it “fraudulent vote”. The electronic voting system is being widely questioned, as is the “independent “audit afterwards. No transparency.
• Confrontations, open, in writing or behind curtains.

• Choosing non-existing, untested, very expensive equipment and format for the 2024 Olympics, universally not available equipment (please note that although you campaigned that existing keelboats will be used for racing leading up to 2024 + boats will be provided for the 2024 Games, we all know that besides racing, 2-3 boat training incl. coach boat and other costs will lead to high costs, not to speak about rich nations buying a number of Olympic keelboats for more efficient training). Unequal and unfair within the Olympic culture.

• Using the Olympics 2024 as a test, an experiment, contrary to IOC guidelines.

• Favoring rich nations over low budget nations, a serious challenge to the Olympic guidelines (imagine 18-19 year old young boys and girls organizing an Olympic campaign in an offshore environment instead of jumping into a dinghy in their local clubs).

• Paying the expenses for countries to attend the AGM to vote.

• Using PSAV’s event psychology services in order to influence the vote of MNAs that have been against the keelboat in the past.

• Not respecting WS internal rules and regulations (i.e. non-discrimination regarding body size, please don’t tell an 18 year old 90kg, strong and tall young boy that his Olympic future will be crewing in an offshore keelboat).

• Apparently a secret agreement with a boat yard, and being aware of a 150000 Euro promotional budget from an interested party for a keelboat event. I suggest WS must provide transparency and report how this money has been used.

• With the board’s late submission not giving delegates the full objective picture of the issues with no time to a deep mature dialogue and discussion
.
• Questionable timing, setup of the meetings, incl. the large number of conference calls pushed by you and depriving Council from ordinary debate
• Forcing decisions to be made urgently, when there is no real perceived urgency or pressure from the IOC.

• Finally, cultural and religious concerns in some countries of a mixed overnight event.

Kim, all these are rumours, true or false, but they are damaging to you, WS and Sailing in the Olympic Family.

The press and media are not your ally and are damaging you and WS too.

I am passing this message to you, Kim, because the integrity of sailing, of our Olympic Federation and your own reputation is now at stake.

I am speaking to you now a simple sailor, still competing and profoundly enjoying it, promoting sailing among young people. I have sailed dinghies and keelboats, sailed in the Olympics, 3 Admirals Cups, 2 Americas Cups, Chairman of CORC 1995, 2 Sardinia Cups. I enjoyed for years the best sailing mentor in the world, your countryman and mutual friend Ib Andersen. I volunteered in IYRU and ISAF for over 35 years in different roles and I feel, as a sailor, I understand the issues involved, neutral and objective, no commercial interests.

Kim, the executive summary is that, from what I heard and read, there is a serious lack of transparency and a culture of “sailors first”. In all the accurate and well researched reports we all read in the media, there is a growing concern that the recent Council voting conflict and the last minute, urgent WS executive decisions related to the keelboat and the following voting are not transparent and affect your reputation.

You gained this reputation through years of straight sailing, listening, straight talk and prudent , circumspect leadership.

I have known you very well over 20 years. We have managed together complex issues, side by side in ISAF, always working for fairness, transparency and for the good of sailing. You achieved a substantial track record to be proud of, rewarded with the Presidency. I care about you on a personal basis, your credibility and the worldwide support from sailors, which you, as President of WS, an Olympic Federation, must continue to strengthen and enjoy. You have to listen to the voices of disagreement and look for viable solutions.

Kim, don’t be influenced by personal, monetary and commercial interests of others. Please think of your own reputation, your credibility, the trust the sailors have placed in you, the integrity of sailing, the credibility of WS, which you are presiding, and finally WS as a member of the very demanding and hard to please Olympic Family.

The IOC is a sensitive, prudent, fair, ethical, meticulous, risk and conflict averse organization. Real and perceived transparency of IFs is of utmost importance.

As the damaging conflict inside WS spreads, which has probably already reached IOC members, it will affect your personal and the WS future within the IOC.
The sole purpose of this letter is: 1) to make you and the recipients copied to be aware of the gravity of these issues and 2) inspire all of us to come up, constructively and internally, within WS, with the right choice for 2024.

WE sailors know that in a storm approaching, we have to anticipate the weather, listen to the experienced sailors, take a reef, get rid of ballast, avoid rocks, and don’t sail against the currents and against the prevailing wind. Steer a prudent course and all sailors and crew to a safe harbour.

I wish you fair sailing very soon again. Feel free to call if I can be of help.