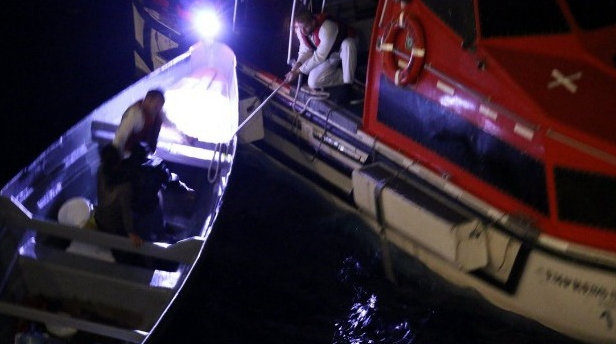 Last Friday, the Royal Caribbean cruise ship Empress of the Seas rescued two fishermen who had been adrift for three weeks. The Empress was off the coast of Cuba and had diverted from her normal itinerary due to a storm; if not for the weather routing, she would not have been in the right place to spot the survivors.

The two fishermen had set their nets off Puerto Limon, Costa Rica on December 1. While they rested, the wind picked up, and it blew them far away from their gear. They used up all of their fuel trying to return to their nets, and their boat drifted for the next three weeks.

At the time of their departure, the survivors only had a seven-day supply of food and water, and they were in weak condition when rescued by the Empress’ crew. One man had to be carried aboard the cruise ship’s tender for evacuation to the ship.

The men were evaluated and treated by the Empress’ medical staff and delivered to shore in Ocho Rios, Jamaica, where they were taken to a hospital. The crew took up a collection to raise funds for clothes and food for the men after their hospital stay. Thanks to the ME.

is the answer me?