a fuck you for christmas 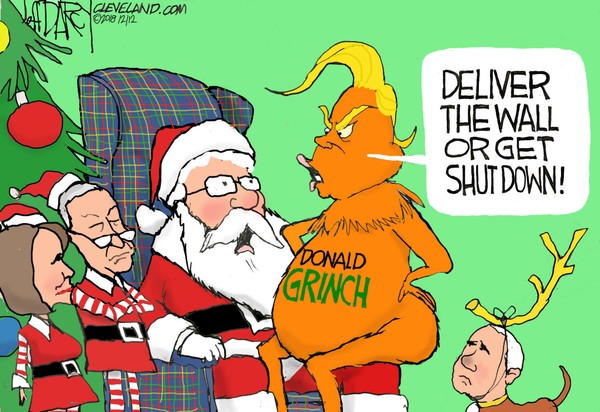 Well, well, well, who could have imagined that Shitler would be pulling such a fucking retarded thing like shutting down the federal government because the the Racist-in-chief isn’t getting his god damn wall.

“Wait”, I can hear you righties whine, “what does this have to do with sailing?” Eat a bowl of this and tell me how it tastes:

An estimated 42,000 U.S. Coast Guard service members and employees are set to begin working without pay over the holidays. On Friday, the Senate and House adjourned several hours prior to the midnight deadline, effectively ending efforts to secure a stopgap spending package.

Due to differences over funding for a proposed wall at the southern border, Congress and the White House have not reached a deal for a continuing resolution to keep the federal government fully open and running.

On Saturday, 380,000 federal employees will be furloughed, and 420,000 more will continue to work without pay, according to an analysis released by Senate Democrats. 42,000 Coast Guard employees, 54,000 agents and officials from Customs and Border Protection, 4,400 DEA agents and 3,600 Weather Service forecasters are among those who will be serving without pay. The Department of Defense, which houses all branches of the military except for the Coast Guard, is funded and will not be immediately affected by the shutdown. Read on.

Title inspiration thanks to Slim Shady.