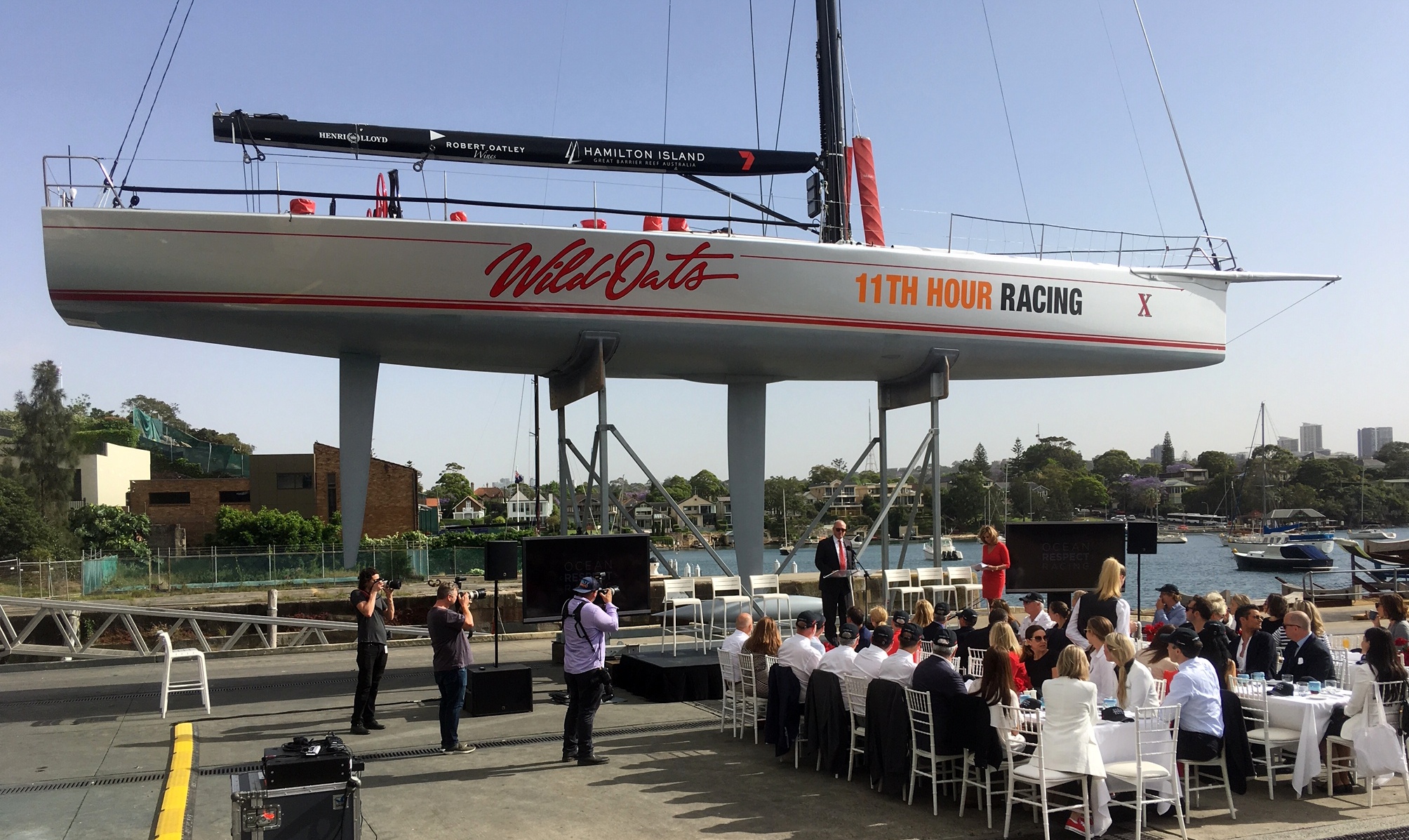 You’d think that experienced offshore sailors might know never to trust the weather. Just minutes after this photo was taken at Woolwich Dock in Sydney, the well-dressed crowd was soaked by a sudden downpour and rushed to shelter from a gusting Westerly.
The event was the launch on Thursday morning of Stacey Jackson’s all-female Sydney-Hobart campaign in Wild Oats X. The 66-foot Reichel-Pugh was precursor to the more famous 100-foot supermaxi Wild Oats XI. The Oatley family has very generously loaned the boat to Jackson and her team for the 628-mile sprint South.
Jackson (of Vestas/11th Hour Volvo race fame) has assembled an impressive crew of champion women sailors, although the claim that this would be “the first all-woman professional crew to contest the Sydney to Hobart Race” was questionable. Is that “professional” as in they all make their livelihood from sailing, or “professional” only in the sense that they will be paid to sail in this Hobart race?
It is a Sydney-Hobart tradition that the bets made between crews are settled in jugs of rum to be consumed on arrival. It will be interesting to see what time margin is agreed between WOX and WOXI. Based on overall length, the difference is 40 per cent. If the women can finish inside that time gap then they can look forward to some serious drinking at the Customs House Hotel and Shipwright’s Arms come December 28.