that's a lot of water 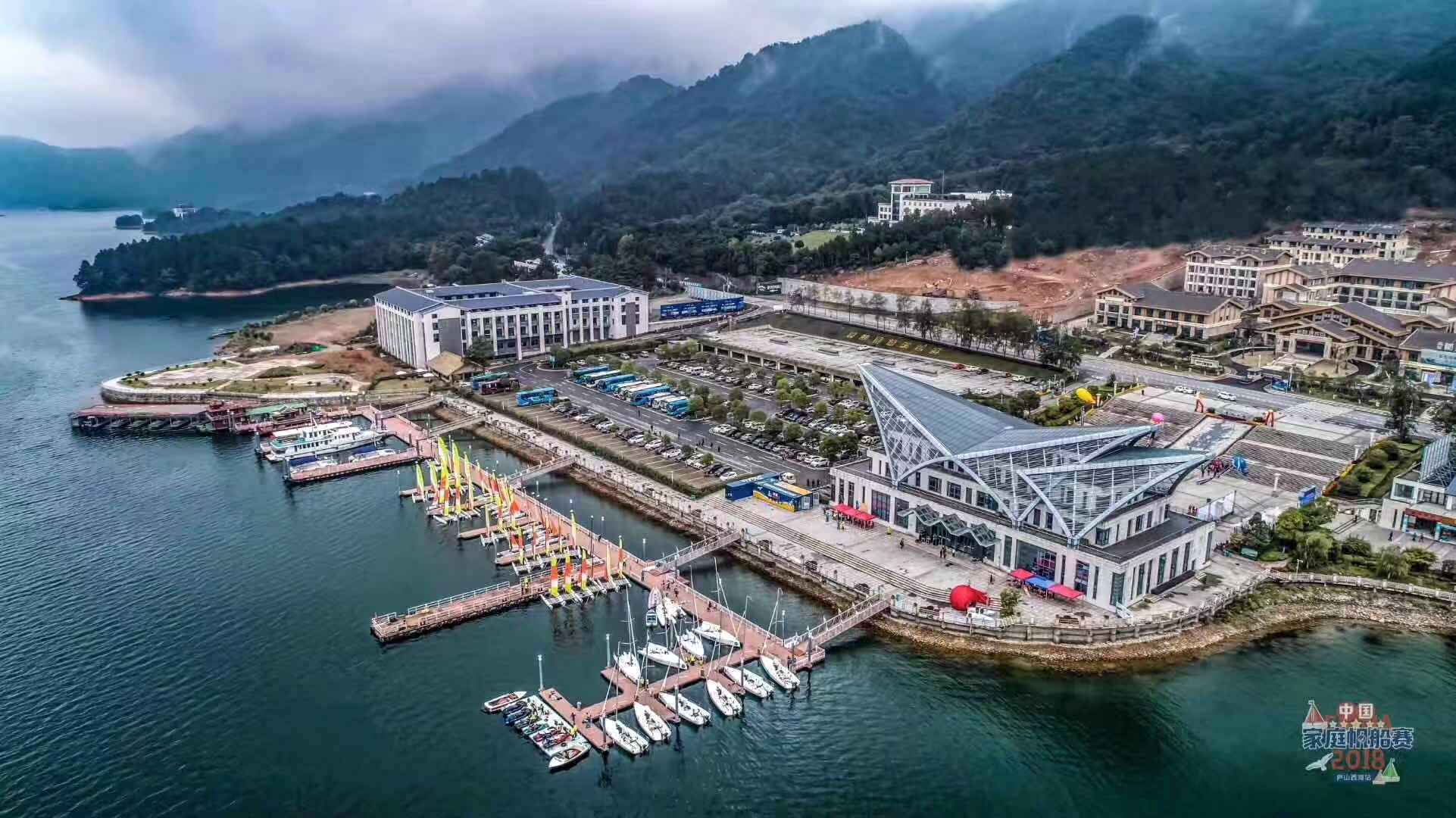 Eight years ago a good Chinese friend – well he is more like my Chinese big brother – suggested we head up to Nanchang  to take a look at a bit of water.
Nanchang is way to the west of Shanghai. Check it out on Google Earth then look around 40kms to the North West then zoom in. Xi Hai is a reservoir behind one of China’s earliest earth tamped dams. The earth is consolidated and then sheathed in concrete for the purpose of hydro-electric power generation,
Behind this dam is 8 Billion cubic metres of water, 1,600 islands formed by the hilly outcrops that existed in the valley and with only a few hundred thousand people living upstream you can see down 10-11 metres into the water which – and I can vouch for this – is good enough to drink straight out of the lake.
Talk rather than actual plans were afoot to sensitively develop some of the lake for tourism and its beauty has to be seen to behold – no water shortage here and a healthy river still flows below the dam – this part of China certainly doesn’t lack for rain. The point of the pre-amble is that sometimes things move slowly here in China – it isn’t all hustle and bustle and things happening the next day.
Well from a sailing point of view, that talk materialized into the first ever Xi Hai Regatta. Two classes, a Family event in Hobie 16 catamarans with 40 families taking to the water along with 10 Far East 28s on an adjacent course.
The standard on the Hobie course was wide and varied from some keen and more experienced to others who could count but a handful of previous excursions out on the water. The one universal element however was the smiles on people’s faces.
The weather, as mentioned above, wasn’t perfect with low cloud shrouding the surrounding hills on a couple of the days but with wind that varied from 7-12 knots there was enough to move the boats along. 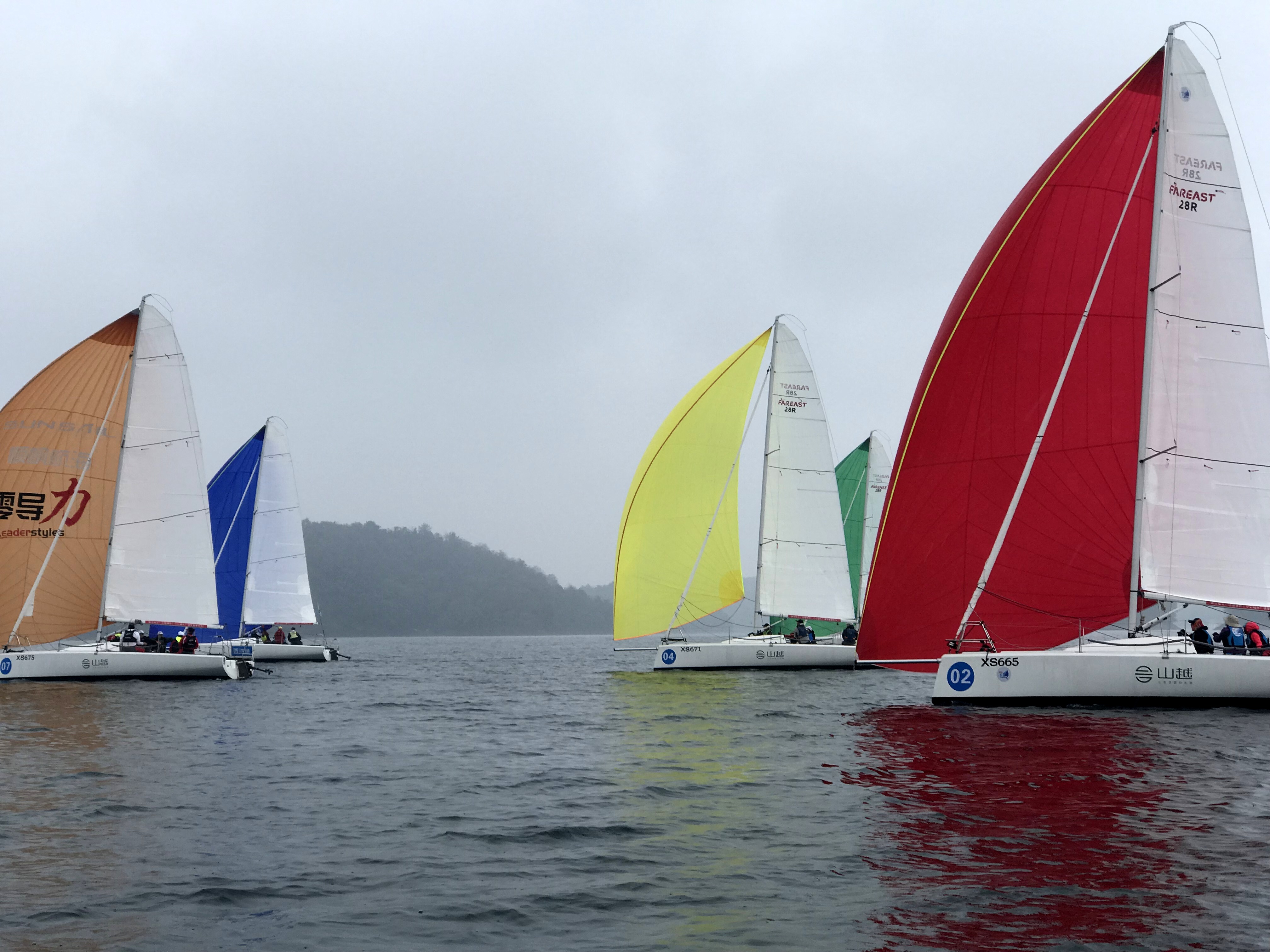 Over on the Far East course the racing was, for the main part close and competitive and although the eventual winner was pretty sure from a few races out the podium places went down to the wire with any 2 from 4 likely to complete the podium. However, once again the commonality was the clear enjoyment the sailors had from the wonderful surroundings.
The intervening evening was an excellent buffet meal with entertainment provided – everything from a hip hop DJ slot to some funky jazz saxophone. Also nice to see the two CEO’s from Far East Builder and Hobie dealers in attendance to support the event. Even Liu We Dong the Secretary General of the Chinese Yachting Association (CYA) attended. In a wheelchair no less having injured himself in a friendly soccer match not long before the event. I’d call that beyond the call of duty myself.
No one left disappointed and just another sign of the growing interest in our sport here in China. Our sport may still be small here but numbers or regattas, sailors, high end marinas and more humble sailing clubs, while perhaps not multiplying are certainly growing in numbers.
– Shanghai Sailor.