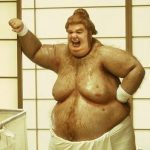 We are making a number of changes to the organisation structure and roles & responsibilities within the Executive Office at World Sailing, which come into effect in early November. A full set of updated organisation charts are attached for your reference.
A summary of the key changes can be found below:
– Jon Napier (Director of Legal & Governance) becomes (Director of Integrity & Governance) to reflect a broader range of responsibilities, to include the Race Official Management and Anti-Doping.
– Jaime Navarro is promoted to Inshore Technical Manager from Technical Executive reporting into the new Director of Technical & Offshore (recruitment currently underway).
– Matt Wheaton is promoted to Competitions Manager reporting into Alastair Fox (Director of Events).
– Michael Downing joins WS as Olympic Manager (01/19), reporting into Alastair Fox.
– Chief Commercial Officer role will not be replaced. A new role of Commercial Director to be recruited for with responsibility for sponsorship sales, partner account management and fundraising, reporting to the CEO.
– Harriet Strzelecki promoted to Director of Marketing & Brand, reporting to the CEO.
– Daniel Smith promoted to Director of Communications & Digital, reporting to the CEO.Suzi Johnston joins World Sailing (19/11) as EA to CEO & President and International Relations Manager.
-Deanna Jevans joins World Sailing as a Marketing Executive following a 12-month internship,
Many of the new members of staff that were not at the 2017 annual conference in Mexico, will be in Sarasota and look forward to meeting all of members who will be joining us at the November meeting.
Chart here.