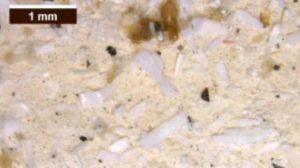 Over 90 percent of sampled salt brands globally were found to contain microplastics, with the highest number coming from salt sourced in Asia, according to a new study co-designed by Kim Seung-Kyu, Professor at Incheon University and Greenpeace East Asia.
The study, which has been published in Environmental Science & Technology, a peer-reviewed scientific journal, analyzed 39 various salt brands globally, showing that plastic contamination in sea salt was highest, followed by lake salt, then rock salt – an indicator of the levels of plastic pollution in the areas where the salt was sourced. Only three of the salt brands studied did not contain any microplastic particles in the replicated samples. In one Indonesian sea salt sample, researchers found the highest quantities of microplastics. The country is considered to be the second worst plastic emitter into the world’s oceans.
Assuming intake of 10 grams per day of salt, the average adult consumer could ingest approximately 2,000 microplastics each year through salt alone, the study suggests. Even after discounting the highly contaminated Indonesian salt sample from this study, the average adult could still be consuming many hundreds of microplastics each year.
“The findings suggest that human ingestion of microplastics via marine products is strongly related to plastic emissions in a given region,” said Kim. “In order to limit our exposure to microplastics, preventative measures are required, such as controlling the environmental discharge of mismanaged plastics and more importantly, reducing plastic waste.”
Earlier this month, Greenpeace and the Break Free From Plastic coalition released a report naming Coca-Cola, PepsiCo and Nestlé as among the most frequent companies whose packaging relies on the single-use plastics. Props to Maritime Executive.