however you say it, it's huge 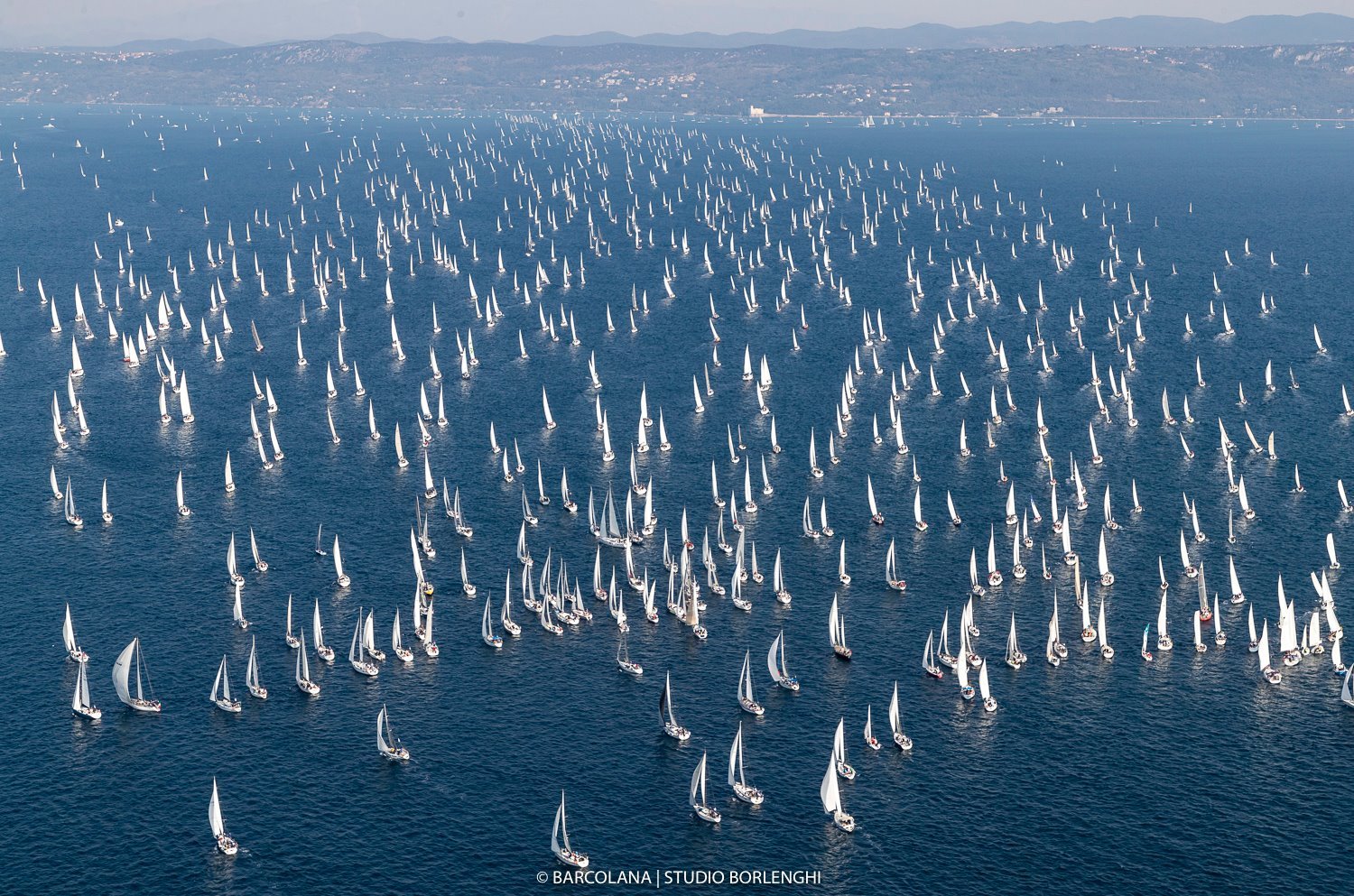 As sailors we often think that we are participating in a sport that many people don’t follow or really even understand. There are no Super Bowl size crowds at regattas and no huge ratings on TV so I guess that there is some merit to those feelings. Well that may be true here in the US but our friends in Triest, Italy didn’t get the memo. Every year on the second Sunday of October they hold a local regatta called the Barcolana – well its full name is Barcolana Autumn Cup Regatta, but most refer to it simply as the Barcolana.
Last year the regatta attracted a record 2101 boats and it looks as if this years fleet was about the same size or larger. It’s mayhem out on the water as just about every yacht from the surrounding area shows up for the race which has been held every year since 1969. The first year “only” 51 boats from yacht clubs of Trieste took part in the race, but year after year the Barcolana has become more and more popular attracting international crews and world-famous sailors.
The course is a 15 mile quadrilateral with the start off the coast in the Gulf of Triest. The first leg takes the fleet offshore for 4.3 miles before leaving the first mark to starboard. Then there is a short leg, less than a mile, before rounding the second mark and heading back inshore again. After rounding the third mark and honoring a fourth mark the final leg of the race course takes the yachts to a finish line  positioned in the Dam of Porto Vecchio – Diga del Porto Vecchio – in the waters off Piazza Unità d’Italia.
The regatta is not only about the size of the fleet but also about how many spectators come to town to watch the racing – and presumably some bumper boat action. The race organizers estimate that in addition to the 25,000 or so competitors an additional 250,000 people come into town to enjoy watching sailboats sail around a short course. So if you are starting to feel as if no one gets your love of sailing head over to Italy and feel their love, at least for one day on the second Sunday in October. Photo thanks to Studio Borlenghi.
– Brian Hancock