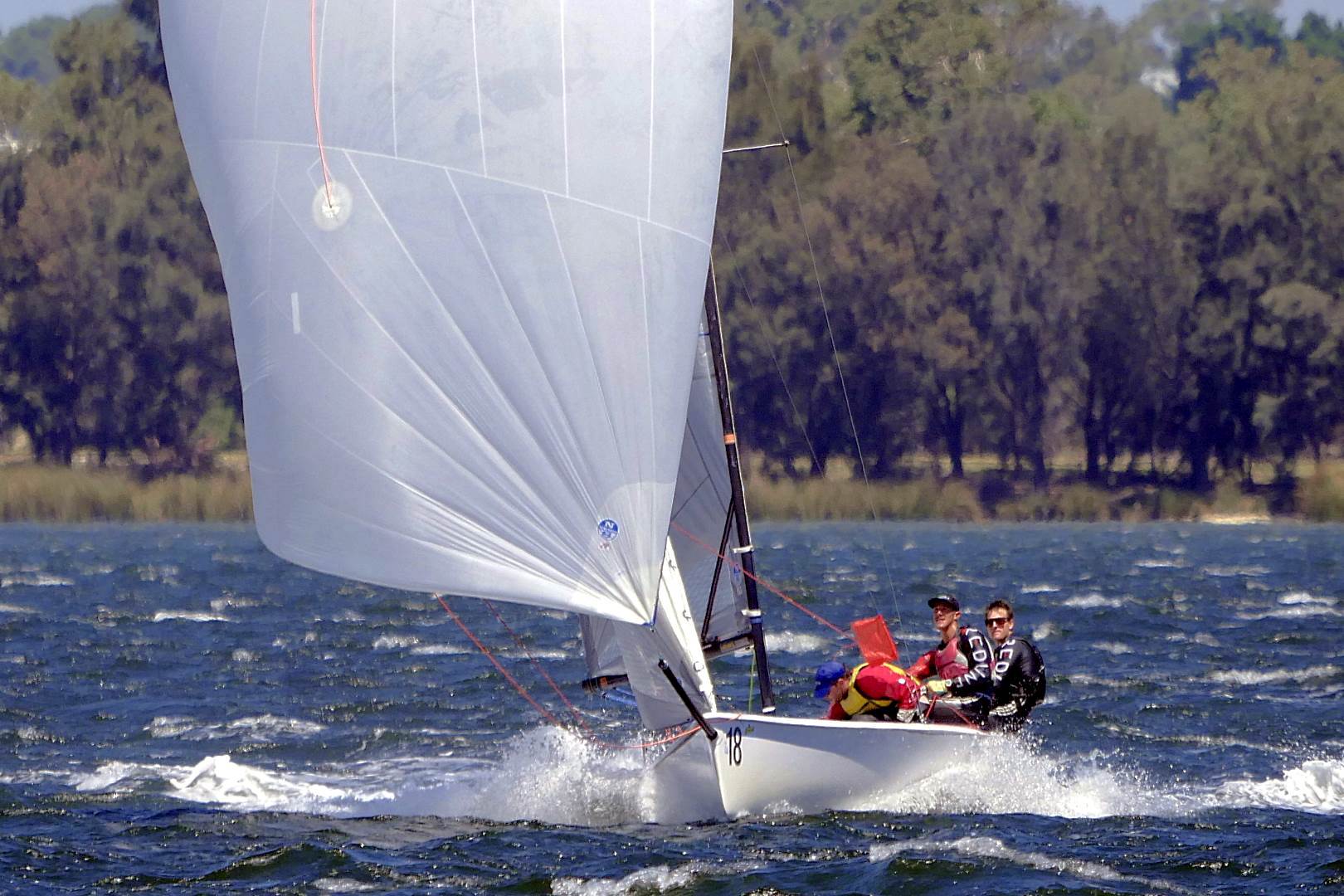 My boat, Rafiki, was delivered straight from the mold to the Viper World Championship in Perth in February. What a fantastic regatta! After the first practice race we were hooked on the boat. After the last race we were hooked on the people and the program. Greg was helming my boat due to the fact that I carelessly lopped a finger off my hand a week prior to racing. Don’t ask! Greg immediately had to have one and a few SA Rand converted into US Dollars persuaded an American team to skip the hassle of shipping their boat home. We both called friends back home and got the go ahead to secure a further 2 boats. We arrived with one boat and left with four!
It turns out that our bureaucrats do not understand the concept of an impulse purchase. After endless paperwork and answering questions from skeptical local authorities the container finally arrived at the Vaaldam in South Africa a full 6 months later. It would have been a lot easier to ship boats from the UK but we live and learn. The word had spread far and wide in the local yachting community and a large crowd had gathered to witness the opening and unloading of the container. Many hands made light work and within an hour the Vipers got their first taste of South African sunshine.
Thanks to the assistance of the Manten family of Manten Marina fame, we were able to assemble the boats the following weekend and take AUS 139 on her first outing. The day started with blustery northerly winds that progressively got stronger. The gusts peaked at 42 knots. Wow that is one way to shakedown a new boat. Although, this is not quite as bad as it sounds because the Vaaldam lies at an altitude of 5000ft, so the air is pretty thin up here.
Next weekend we managed to get all four boats on the water and the wind gods were kind to us again as we had around 20 – 25 knots. We flew around the racecourse for two races and then had a long haul back to our home club. The following weekend all four Vipers competed in our annual DAC Keelboat regatta. This turned out to be another excellent event. It was good to see that a sport boat could be so competitive in our PHRF fleet and the Vipers certainly made an impressions not only downwind, but also upwind against larger boats.
Now our plan is to focus on giving the boats as much exposure as possible and start building the fleet locally. We are a group of sailors with a different range of experience and ability. The Viper turns out to be very straightforward to sail and a boat that any average club racer/sailor can master. We welcome anyone to try the Viper. If any South African anarchists are reading this note. You have to try this boat. Reach out to any of the new Viper owners and we will get you a ride.
Alex Schon