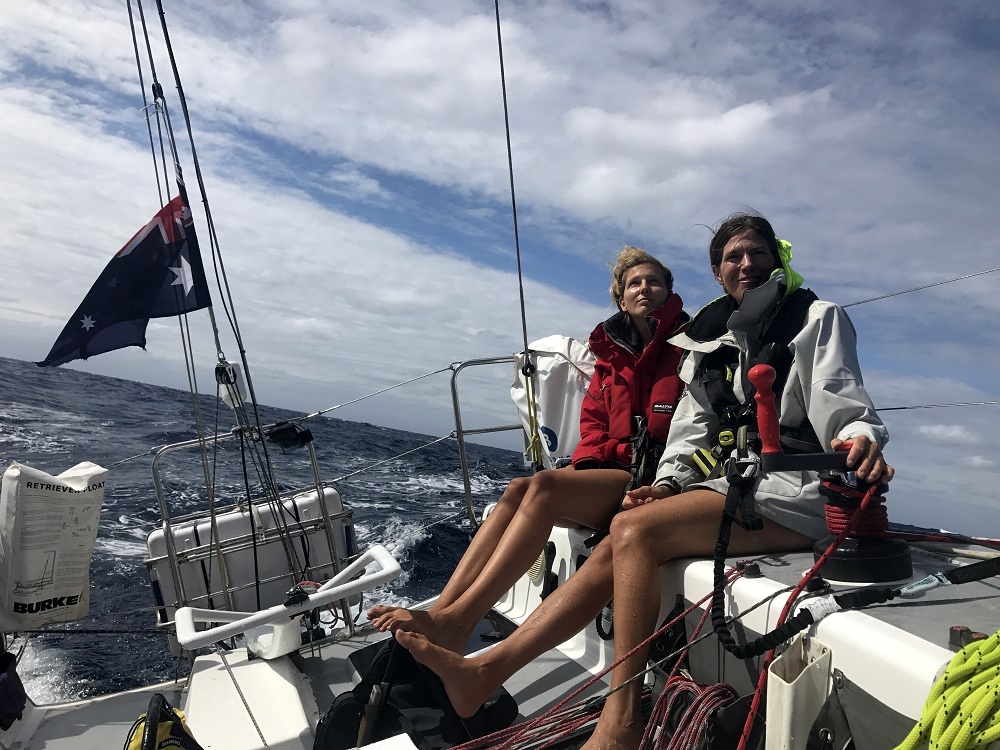 The 5500 nautical mile Sundance Marine Melbourne Osaka Double-Handed Yacht Race and return journey left Annette Hesselmans still champing at the bit, so she solved the problem by forming a short-handed female crew to take part in the Melbourne to Hobart (the Westcoaster) in the new Four + Autohelm division.
Both races are run by the progressive Ocean Racing Club of Victoria, which continues to come up with inventive ways to keep backsides on boats in our increasingly busy lives. It means an autohelm and a maximum of four crew can race as part of the main fleet for all offshore races emanating from the Club.
Hesselmans and crew are also the first ever all-female crew ever in a race that allows her, 20 year-old daughter Sophie Snijders, Sue Bumstead and Robyn Brooke – all experienced offshore sailors, to sail in their preferred configuration – shorthanded. All have sailed the Melbourne Osaka Race, with the exception of Snijders, who did the return journey with her mum and Snijders’ boyfriend Jack. More here.

pi in the sky