Seriously, fuck Japan over this continued slaughter of our world’s beautiful whales. 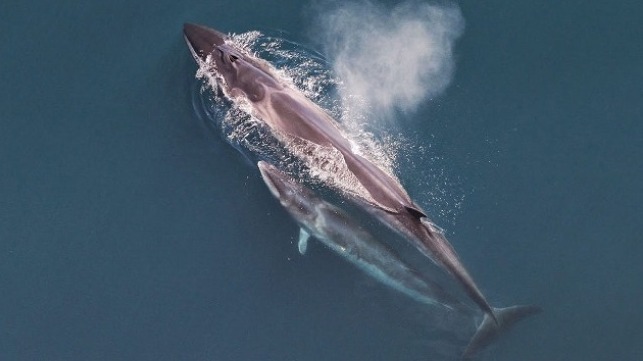 Japan’s import and sale of sei whale products from its controversial “scientific” whaling program in the North Pacific has been censured as illegal by the global body entrusted with protecting endangered species from trade.
Sei whales are listed on Appendix I of the Convention on International Trade in Endangered Species of Wild Fauna and Flora (CITES), which means that international commercial trade in their products is banned. Japan mostly hunts sei whales on the high seas beyond its national jurisdiction. Under CITES rules, bringing these products into Japan is considered international trade, referred to under the treaty as an “introduction from the sea.” Each year, Japan hunts as many as 134 sei whales as part of its “scientific” whaling program in the North Pacific.
The sei whale is a baleen whale, the third-largest after the blue whale and the fin whale. It has a lifespan of 70 years and can reach 19.5 meters (64 feet) long and weigh as much as 28 tons.
During the 70th meeting of the CITES Standing Committee in Sochi, Russia, this week, committee members nearly unanimously concluded that Japan was acting in violation of the convention by landing thousands of tons of sei whale meat for primarily commercial purposes. The committee then agreed that Japan must take immediate remedial action to address this compliance issue and report on its specific actions by February 1 for consideration at the next Standing Committee meeting in May. At that time, if the committee does not accept Japan’s remediation plan, it could recommend that the other 182 governments impose trade sanctions on Japan.
Read on.

TSA Announces Emergency Shut Down Of US East Coast Ports This, of course, comes as no surprise to us. Good job, Bush.