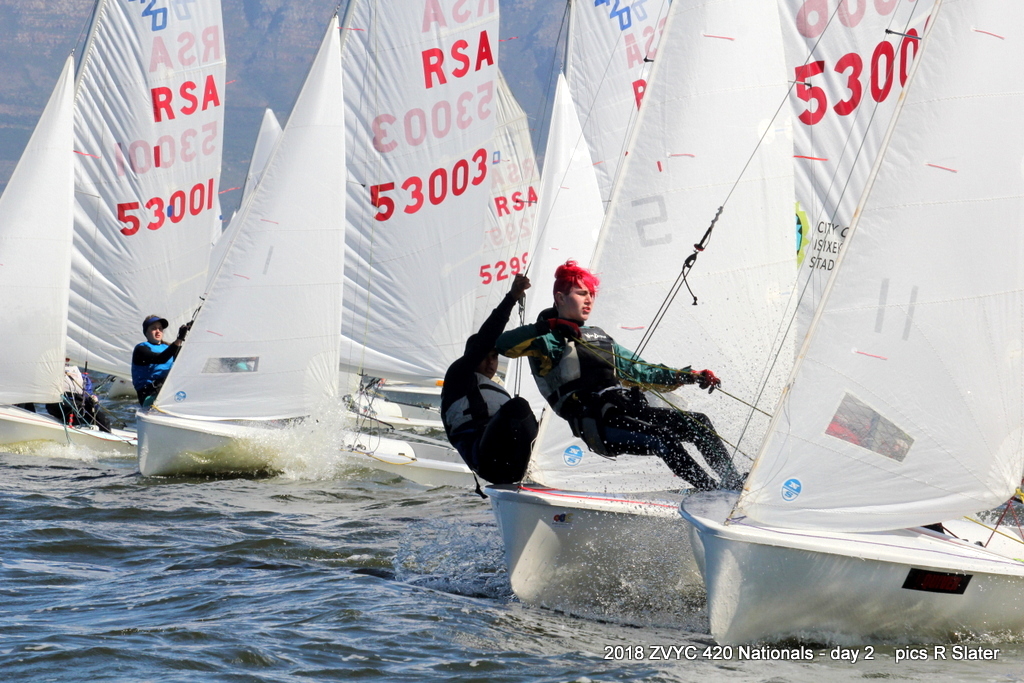 A 420 PR that we like…
From the 21st to the 24th of September the 420 National Championships were held at ZVYC.
It was a bit of a homecoming, with ZVYC having been instrumental in the introduction of the 420 in South Africa over a decade ago. It was a very well attended championship with 21 boats entered and on the water. Some traveled from afar: Mossel Bay and Port Elizabeth, some others from not so far. We had a very good mix of young and old sailors, girls and boys, newcomers to the class and experienced sailors, and, important for the South African sailing community, we had a good representation of all race groups.
It is safe to assume that everybody likes the 420, because when the plan was hatched to run this championship everybody wanted to be part of it. Lorna Norris (class secretary for many years at the beginning of the class in SA), Dave Hudson, Craig Leslie, just to mention a few, all wanted to be involved. Never during the event have we had a shortage of volunteers.
Results here.

the world at war