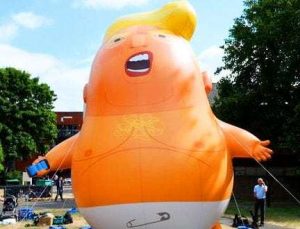 A third wave of tariffs announced Monday by the Trump administration will impose a 10 per cent tariff on an additional US$200b of Chinese goods are set to take effect 24 September, followed by a 25 per cent increase at the start of 2019, have the boating industry and other manufacturers sounding additional alarm bells.
As with the first two rounds of tariffs, recreational boating is hard hit with a wide range of marine products impacted. One bright spot: the final list of goods impacted by this round of Section 301 tariffs – which was reduced from a total of 6,031 to 5,745 products, according to the National Marine Manufacturers Association (NMMA).
“Rather than moving us closer to a deal that will stop China from taking advantage of American companies, these tariffs hurt US businesses and put our economy at an even greater disadvantage,” said NMMA president Thom Dammrich. “The recreational boating industry is one of our country’s few remaining American made industries. But just like every other domestic manufacturing sector, we depend on international suppliers for some components, materials, and parts – most of which have never been or are no longer produced in the US – to create in-demand products. The administration’s actions have directly jeopardized these essential global supply chains, and with it, American businesses, jobs, and the economy.”
Dammrich reiterated the industries support for cracking down on China’s numerous trade infractions, “However, ratcheting up tariffs on the heels of what could be a significant breakthrough in the trade war is misguided,” he added.
China announced on Tuesday that they will retaliate with tariffs of 5 or 10 per cent on $60 billion worth of US exports, including boats, starting next week. This makes China the fourth market to retaliate against the US recreational boating industry during the global trade war. Thank you ti IBI News.