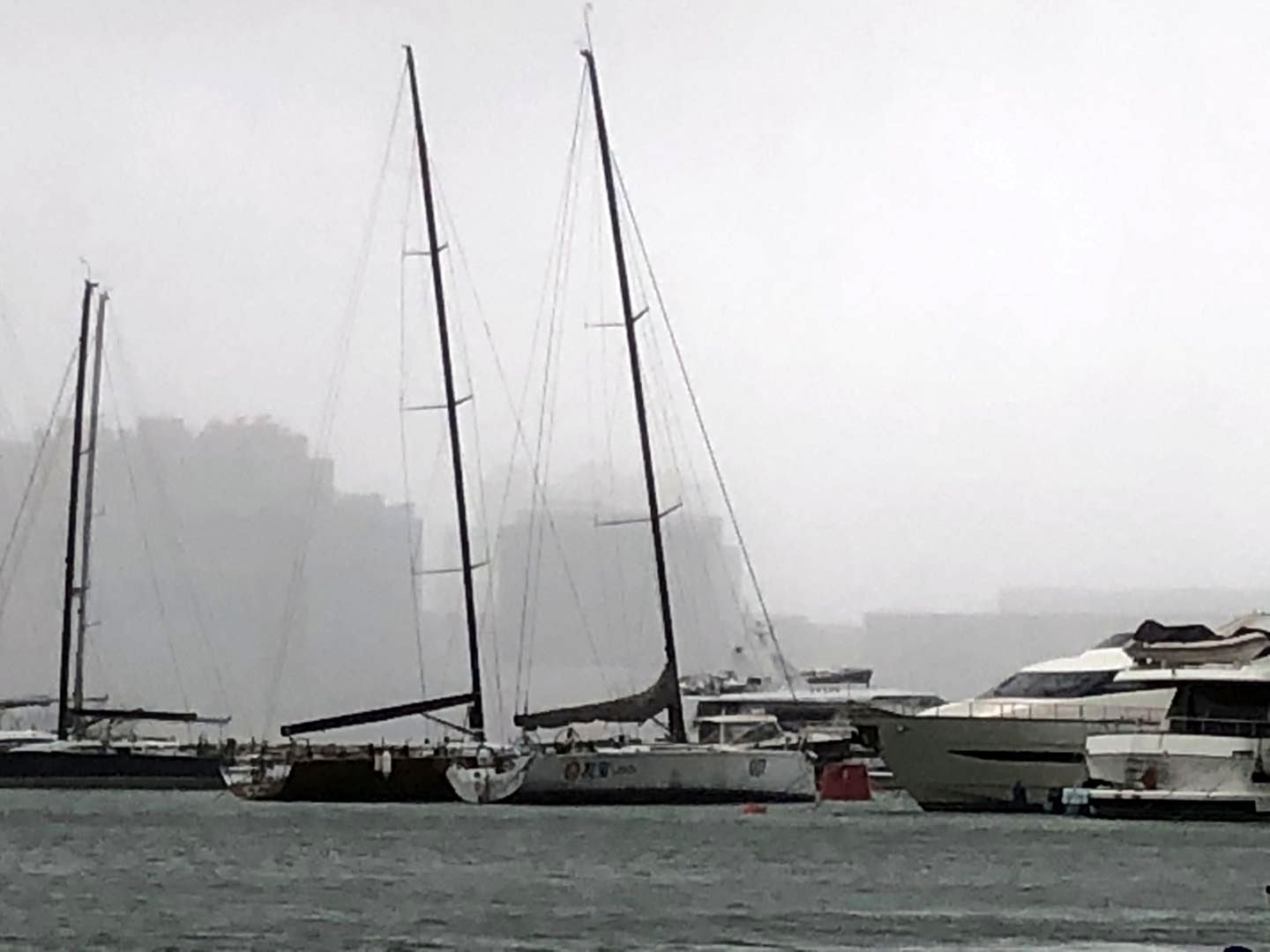 Nervous times right now as Typhoon Mangkhut nears her point of closest approach to us.
We are physically a good 100km away but as the beast lashes Hong Kong. APAT (the former Yendys) one of the first race boats in China is lying close to the sea wall at Hebe Haven with only her deep keel currently preventing the hull smashing itself to pieces on the sea wall,
A little round the coast at Daimensha in Shenzhen the storm surge has made an unwelcome entrance into the Sheraton Hotel dining room without a reservation and a number of office blocks in Hong Kong have had their windows blown in producing a metaphorical blizzard of paper in the process.
Thankfully UBOX the Swan 82 was moved into a shed a couple of weeks ago to start her refit so she is safe but the Cookson 50 UBOX (we call her mini-box) is riding out the storm in the Causeway Bay Typhoon Shelter and we are thankful to the Royal Hong Kong Yacht Club for their assistance there.
Thankfully the storm that left the Philippines as a Cat 5 has reached Southern China a ‘just’ a “2” but even here it has thrown it down all day, the bamboo is bent double, many small and less healthy tree branches little the streets but otherwise safe.
Not the worst we have been through as almost 2 years ago to the day, and just a couple of days before the China Club Challenge Match of that year, a ‘super-typhoon tore through Xiamen with sustained gusts of 180 miles per hour.
We were right under that one and as I wrote at the time it sounded like an express train going past FOR 3 HOURS solid. The hotel we were in was vibrating and down in the marina we lost 4 boats for the event that was due to start a couple of days later. Altogether 4 boats were sunk and 7 or 8 dismasted.
We just hope that the expression “it will blow over”  will leave behind not too much trauma and damage for the good people in China’s Greater Bay area.
EDIT: Well it did blow over, leaving behind, from what I have bene told 30 odd boat sunk and many more damaged with some getting a lucky escape. On land multiple trees down, windows blown out but, mercifully few fatalities. Some I have spoken to state they cannot remember anything  so fierce hitting Hong Kong.
-SS

Selfies with Drones – How to Use a Drone on a Sailboat