the day the music died 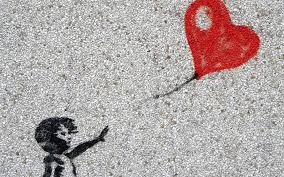 The world is full of double standards.
If local governments or even a building developer does not include access for disabled people these days there would be a public outcry or even so far as the plans for the building would be turned down out of hand.
However, when the Olympic Games, that supposed bastion of fair play and purported champion of human rights and all that is good is asked to re-include disabled sailing in their little circus they said no.
It is about time we changed the name of this branch of our sport. To call it Paralympic sailing gives kudos to a sporting event that surely doesn’t deserve it.
At the same time, isn’t it about time the governing body of our sport, World Sailing stopped prostituting itself to an organisation that has lost its sheen. It is not as if it truly the pinnacle of our sport, even in the so called Olympic Classes. In most other sports you achieve a time and you are there but in sailing? First your MNA (country) has to be qualified and it might not be you that qualifies. Then you have to win your country’s selection trials all to compete in a regatta where some of the best in the world AREN’T there.
Could you imagine Usain Bolt competing in a 100m where the 2nd or 3rd fastest people that year were not lined up against him? Well that’s what happens in sailing.
At times it was more in doubt that Ben Ainslie would beat the other GBR Finn sailors to even be at the Olympics – 3 of the Finn World Top 10 were British so by definition 2 of the top 10 were disqualified before the first race of the Olympics.
Same for Rodney Patisson. It was harder to beat the 2nd place GB (it wasn’t GBR back then) Flying Dutchman crew and just to prove it he got something like 5 bullets in Acapulco.
Fewer and fewer municipalities appear willing to saddle themselves and their citizens with years of debt to ‘win’ the ‘honour’ of hosting this sporting extravaganza. Don’t know what Beijing cost but I do know that the Qingdao Marina cost a reported USD420M.
Ah but the IOC funds a large part the World Sailing budget with another chunk coming from grants depending on Olympic success. Well surely with a CEO from a business background ISAF (World Sailing is just an expensive marketing campaign) they can surely work out an alternative means of funding.
For example if every sailor at ever regatta had to pay 5 bucks, or pounds, or 50 RMB or whatever currency or amount was required and that went directly – via the MNA – to World Sailing then World Sailing could be their own masters. Sorry they could be the servants of those who they are supposed to be responsible to.
Not blaming the current executive – they find themselves in this position, they didn’t put is there.
Then perhaps they wouldn’t have to cow-tow to an external body and, as a spin off, more than the just 5 or 6 classes that convene every 4 years might be paid a little more attention.
AND of course we could run our own para-sailing excellence event every 4 years – or even more frequently.
Equal Opportunity? Protect and uphold human rights? Well if you are a sailor who has disabilities don’t look to the International Olympic Committee to fight your corner.
-SS

Anarchy in the ITA